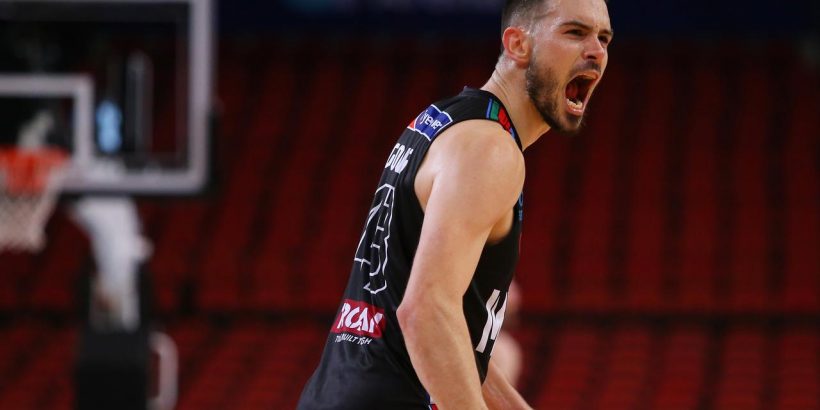 You could understand if an NBL veteran with two championships and 350 games to his name felt frustrated to receive more bench time.

It can be a bitter pill to swallow for any player, let alone an experienced and competitive campaigner like Melbourne United star Chris Goulding.

Yet Goulding has handled more time on the sidelines at United this season with maturity and class.

Sure, there are times when he gets itchy feet sitting on the bench, especially in the clutch moments, but for the most part he understands the bigger picture of winning a championship.

“Chris knows he needs to take a little rest during quarters, but he knows he isn’t sitting there for too long and he will bounce back,” Vickerman said.

“But the energy that he provides when he is sitting out is great for the team.”

Vickerman has been particularly impressed with Goulding’s defence this season.

The United veteran regularly receives praise for his offence, which is justified given his potent shot from range, but he is equally adept without the ball, according to his coach.

“To me, this has been one of Chris’s best defensive years that I’ve had with him,” he said.

“His commitment to it, the times that he got switched on to (Keifer) Sykes and I thought he did a good job.

“His hand activity and his talk to his teammates has just gone to another level.”

Goulding is also a vocal leader within the Melbourne team, especially during tough times.

Vickerman revealed the guard’s leadership came to the fore after United’s Game 2 semi-final loss to the Phoenix.

“I thought he (Chris) was great in the film session after that loss,” he said.

“There were a couple of shots that he had, and he put his hand up and said, ‘That is a bad shot and I’ve got to move the basketball’.

“When his teammates are hearing that, it certainly breeds confidence to everybody.”

United will start the grand final series in Perth despite finishing the regular season in first, but Vickerman isn’t too concerned.

He believes his side is well conditioned to adversity following a season of unpredictability through injury and being on the road due to the coronavirus pandemic.

“Our road record has been great all year and then there has been the little cuts that you take through injuries, but those wounds heal and build a resilience to what needs to happen,” he said.

“We’ve gone through a lot of those things, and I think you get to that point at the end of the year where nothing else can happen to us that hasn’t happened.

United open the grand final series against the Wildcats in Perth on Friday night from 8.30pm (AEST).