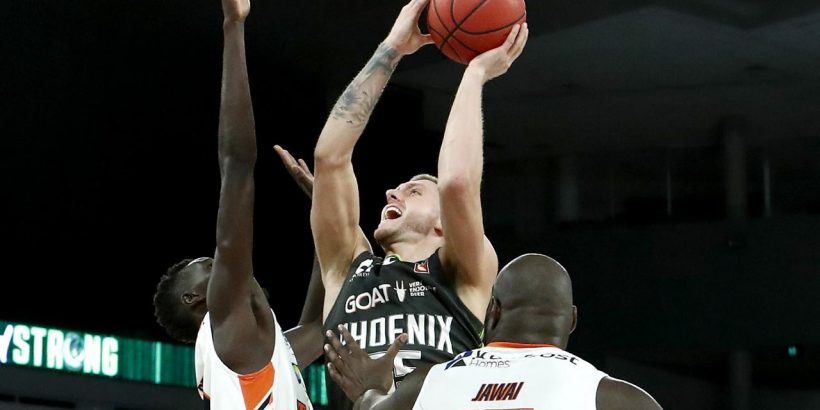 The South East Melbourne Phoenix are firming for a finals berth after a commanding win over the cellar-dwelling Cairns Taipans on Friday night.

The Phoenix were off to a slow and rusty start, but dominated the last three quarters to secure an assertive 106-77 triumph.

Mitch Creek and Keifer Sykes were particularly instrumental, the former slamming home 20 points and the latter continuing his hot run of form with 16 points from 18 minutes on the court. Yannick Wetzall was equally influential, putting in an all-round performance with 12 points and 11 rebounds.

While the lowly Taipans might have had little but pride to play for, it was a different story for their 18-year-old wunderkind Mojave King. With multiple NBA recruiters in the house, the member of the premier competition’s ‘Next Stars’ program was playing with his draft prospects at stake.

King flexed his class with a slick three-pointer at the start of the game, but had minimal influence thereafter to finish with five points and three rebounds.

It was an error-riddled start to the game for the Phoenix, whose struggle to gel was corroborated by a handful of first-quarter turnovers.

The Taipans, much like the ball that was wedged between the backboard and ring after a misguided shot, struggled to get the game moving on their terms despite the home side’s blunder-burdened start.

Sykes and Ryan Broekhoff then combined for a pair of triples in quick succession, which cleaned up the Phoenix’s inefficiency from three-point range and sparked a second-term purple patch, forcing the Taipans into a regrouping time-out.

But the Sykes-Broekhoff double blow had kicked the Phoenix into gear, and the home side, also helped by the craft of Creek, raced to their highest halftime score for the season after a damaging 36-point second quarter.

The Phoenix took a comfortable 12-point lead into the third quarter, but the contest remained fiery and tensions were particularly high after Majok Deng was fouled while attempting to shoot.

An indignant Deng then exchanged heated words with Sykes from the free-throw line before making both shots, but the Phoenix’s roll continued, and another dominant term soon inflated the lead to unassailable heights.