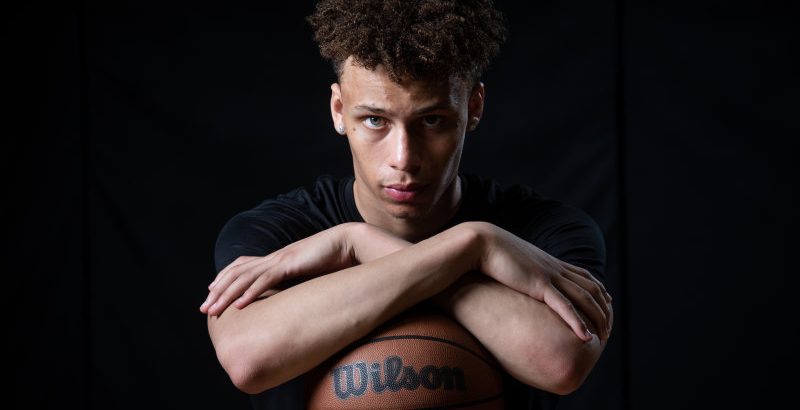 There are two things Dyson Daniels is carrying with him as he prepares to enter the NBA.

The first is the love of his family and the humility developed while growing up in the regional city of Bendigo, and the second is the belief he can have an impact for the moment he steps on an NBA court. 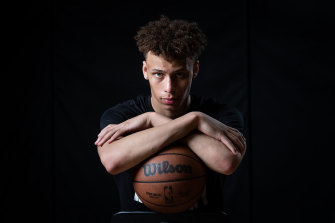 Daniels will be inside Brooklyn’s Barclays Centre on Friday AEST sitting alongside his dad Ricky, mum Brikitta, and his older brother Kai and younger brother Dash as they wait to find out which team will select him in the NBA Draft.

Like his friend and countryman Josh Giddey last year, Daniels is tipped to selected between pick five and pick 12 and the higher he goes, the higher his rookie salary will be – projected to be between a guaranteed US$4-5 million (about $6.5 million) for next season.

The 19-year-old has won over several teams with his pre-draft workouts, with an Indiana Pacers scout telling The Athletic that Daniels had “one of the best workouts they had ever seen”, while Portland, Washington and San Antonio have been linked to Daniels.

What makes Daniels so impressive is that he can fill a number of roles with his athletic, 207-centimetre frame able to play as a point guard, shooting guard, or even as a forward with a number of scouts rating him as the best defensive player in the draft. 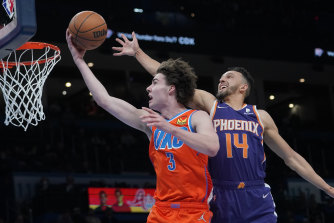 Daniels spent much of the past year in the US, playing with the NBA Ignite team in the second-tier G-League competition, where he faced off with hungry NBA fringe players and overcame some early issues with his ball-handling to finishing as one of the best players on his team.

Daniels told his pre-draft press conference that growing up in Bendigo made him appreciate how rare it is to have an NBA chance.

“One this is being humble and remembering where I’m from, not everyone from Bendigo gets these opportunities to play on big stages,” Daniels said.

“I want to thank the people who have put me in position to do this and gone out of their way to help me succeed and be where I am today.”

While he is staying humble, he has no doubt he will be able to play from game one.

“My best NBA-ready skill is my defence and being able to step on the floor, guard the best player and use my length, my size and my lateral quickness to cause trouble for players,” Daniels said.

“Whatever a team needs, whether it be a point guard or a backup guard, playing off the ball – I feel like there is no weakness where you can say “put him here and he won’t be as good”.

“I feel like I could definitely step on the floor and impact straight away.”

Back in Bendigo, his home club is hosting a draft party on Friday for its junior players and club stalwarts at Bendigo Stadium.

Fellow Bendigo product Kristi Harrower made four Olympics and the WNBA, while Matthew Dellavedova, from Maryborough, played his junior representative basketball with them and now Daniels has gone through their whole pathway.

Ricky Daniels, Dyson’s father, was a celebrated basketballer in his own right, playing at North Carolina State University and then playing overseas. He was playing in the competition now known as the Big V as an import when he met Brikitta in Mornington in the late ’90s.

He was later recruited by the Bendigo Braves and spent the bulk of his career there becoming a club hero before the family made a home in the town where they still have their own gym business.

Bendigo Stadium general manager Ben Harvey, who is also a friend and neighbour of the Daniels, said the whole town was excited to see such a big moment arrive.

“You get goosebumps talking about it, to know that Bendigo has produced such a great kid and great player from a humble family,” Harvey said.

Ben McCauley played with Ricky at Bendigo in the late 1990s and coached Dyson from under-12s to under-18s including winning the prestigious under-16 classic against teams from around the country.

“He was very determined and so good to coach,” McCauley said.

“He got his determination from his old man and both his mum and dad have paved a very good way for him to achieve what he has achieved. He deserves everything he gets.”

McCauley added Dyson still kept in touch with his junior teammates and coaches and still recalls Dyson had eyes on the prize from back in under-12s.

“He always said he wanted to make the NBA,” McCauley said.

“You have heaps of kids say that, but he’s the only one where I thought “he might have a chance to do it”.”

This is the last Hoops Heaven column for this season. We hope to return when the NBL, NBA and WNBL seasons begin again later in the year.