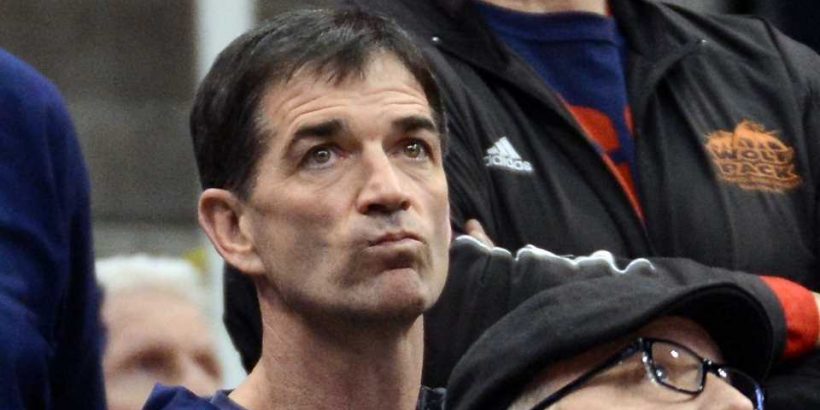 John Stockton, perhaps the greatest to lace it up at Gonzaga University, appears to be at odds with his alma mater.

The university recently suspended the season tickets of the famous alumnus following his refusal to adhere to the school’s COVID-19 mask mandate.

In an interview with the Spokesman-Review (Spokane, Wash.), Stockton — a member of the Basketball Hall of Fame and one of only two Gonzaga players to have their jerseys retired — confirmed the cause of his recent absence from Bulldogs home games. He said he was notified of the university’s decision to suspend his tickets after a “congenial,” but “not pleasant,” conversation with first-year Gonzaga athletic director Chris Standiford.

“Basically, it came down to, they were asking me to wear a mask to the games and being a public figure, someone a little bit more visible, I stuck out in the crowd a little bit,” Stockton told the Spokesman-Review. “And therefore they received complaints and felt like from whatever the higher-ups — those weren’t discussed, but from whatever it was higher up — they were going to have to either ask me to wear a mask or they were going to suspend my tickets.”

Gonzaga requires proof of vaccination or a negative COVID-19 test taken within the last 72 hours to attend home athletic events on top of its mask mandate. Stockton, who said he is conscientious of his public image, said he considered wearing the mask, but ultimately decided not to.

The earliest he will be able to return to watch Gonzaga home games, then will be the 2022-23 season — and even then only if the university and state of Washington change their COVID-19 prevention protocols.

“Gonzaga University continues to work hard to implement and enforce the health and safety protocols mandated by the state and by university policy, including reinforcing the indoor masking requirement. Attendees at basketball games are required to wear face masks at all times,” the statement read. “We will not speak to specific actions taken with any specific individuals. We take enforcement of COVID-19 health and safety protocols seriously and will continue to evaluate how we can best mitigate the risks posed by COVID-19 with appropriate measures. The recent decision to suspend concessions in McCarthey Athletic Center is an example of this approach.

Stockton is a noted opponent of the COVID-19 vaccine. He released a June documentary titled, “COVID and the Vaccine: Truth, Lies and Misconceptions Revealed” in which he shared his views on efforts to curtail the COVID-19 pandemic. He also regularly appears on the “DNP-CD Sports” podcasts, whose hosts have expressed anti-vaccine views.

The Spokesman-Review reported that Stockton alleged during his interview that more than 100 athletes had died as a result of taking the vaccine, some during competition — a claim that is dubious at best and not backed by medical science.

Stockton, a native of Spokane, played four seasons at Gonzaga from 1980-84. During his senior season in 1983-84, he led the West Coast Athletic Conference in scoring, assists and steals. He continued that on-court excellence with a 19-year NBA career with the Utah Jazz that resulted in him becoming the league’s all-time leader in steals and assists.

That said, he has more ties to his university than just his playing days. He also has three children who attended school there: Son David and daughter Laura played basketball for the Bulldogs; while another son, Sam, spent a grayshirt year before transferring to Lewis-Clark State.

Stockton said his current relationship with the university is “strained,” but believes it will ultimately be repaired after some time.

“I think certainly it stresses (the relationship with Gonzaga). I’m pretty connected to the school,” Stockton said. “I’ve been part of this campus since I was probably 5 or 6 years old. I was just born a couple blocks away and sneaking into the gym and selling programs to get into games since I was a small boy. So, it’s strained but not broken, and I’m sure we’ll get through it, but it’s not without some conflict.”