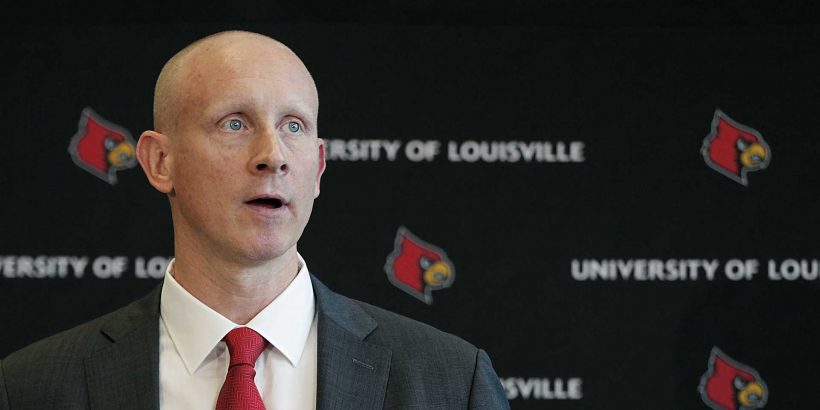 Selection Sunday has unveiled the final 68-team field for the 2021 NCAA Tournament. And, as is tradition, there were several teams that not only were disappointed in the seedings, but were also left completely out of the bracket.

And yet, a ray of hope for these teams still exists to participate in the NCAA Tournament: Under the organization’s new rules, any of those four teams could replace a tournament-bound team if that latter can’t play due to COVID-19 issues. But it’s not so simple.

Here’s everything you need to know about how Louisville, Colorado State, Saint Louis and Ole Miss can still make March Madness despite not being selected for the 2021 NCAA Tournament:

The NCAA on Feb. 25 released several protocols to replace teams that can’t play in March Madness due to COVID-19 issues. In particular, the first four teams out can still get in if a multi-bid league has a team drop out before 6 p.m. ET on Tuesday. Single-bid conferences will select replacement teams that opt-out, as the NCAA wants as many conferences represented as possible (the Ivy League will not participate).

If a team drops out after that deadline, no replacement teams will be selected; the tournament game will be ruled a no-contest and the team that is able to play will advance. But if a team drops out before then, the NCAA will select from Louisville, Colorado State, Saint Louis and Ole Miss in the following order:

That means the Cardinals — one of the most notable snubs of the NCAA Tournament — have first priority to make March Madness should a team back out before the Tuesday deadline.

Teams that could potentially be replaced are Kansas and Virginia, both of which exited their respective conference tournaments with COVID-19 positives. Both teams expressed confidence they will be able to participate in March Madness, and no team contacted the NCAA prior to Saturday’s 11 p.m. ET deadline to inform the organization it wouldn’t meet its criteria to play.

Regardless, Louisville, Colorado State, Saint Louis and Ole Miss will await word from the NCAA on whether they have been selected to make the tournament. In that time, said teams must have a minimum of five players produce seven consecutive days of negative COVID-19 tests. Otherwise, they will be ineligible.

If none of the four first teams out makes it to the NCAA Tournament, they will be considered 1-seeds in the 2021 NIT Tournament. It’s worth noting, however, that Louisville has already informed the NIT it won’t participate — meaning its 2020-21 basketball future relies entirely on if it can sneak into the NCAA Tournament.