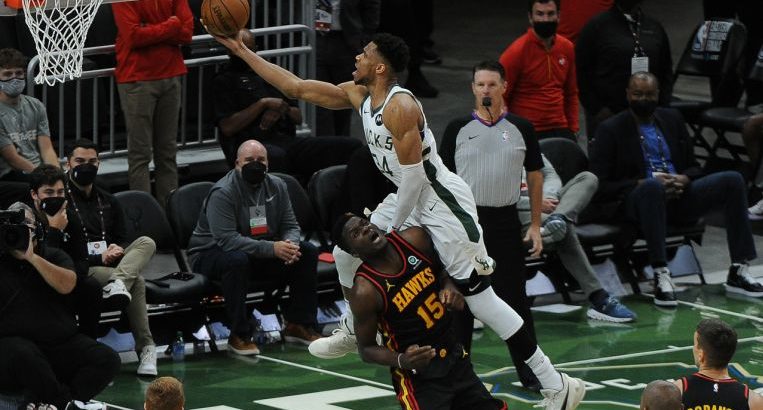 Milwaukee used a 20-0 run in the second quarter to seize command on Friday (June 25), outscoring the fifth-seeded Hawks 43-17 in the quarter to grab a 77-45 halftime lead in front of a crowd of 16,400 at the Fiserv Forum in Milwaukee.

“We just needed to do more things better in this game. The effort was great,” said Bucks coach Mike Budenholzer. “The guys were committed and now we got to go do it again.”

Game three is Sunday in Atlanta.

“We came in focused on each possession at a time in game two, and we were able to do it together as a team,” Antetokounmpo said.

“We wanted to set the tone,” said Middleton. “We wanted to make sure they weren’t comfortable and have the aggression that we didn’t have in game one.”

The Bucks took advantage of 20 turnovers by Atlanta, including nine by Trae Young. The Hawks’ rising star finished with a team-high 15 points on six-of-16 shooting from the floor.

“I take responsibility for what happened tonight. Taking care of the ball is something I got to be better at,” said Young.

Young left the game for good with 3:48 remaining in the third quarter. He shot six of 16 overall, and one of eight on three-point attempts.

“Last game he was living in the paint, had a lot of floaters (and) those are pretty much layups for him,” Holiday said.

“We didn’t really want that to get him started early. And I don’t think he went to the free-throw line much tonight, which is also pretty big for us.”

Danilo Gallinari came off the bench to score 12 points, and John Collins and Cam Reddish scored 11 points apiece for the Hawks, who are now 6-3 on the road in the postseason.

“There’s another level we have to get to in order to win games and advance,” said Hawks coach Nate McMillan. “That intensity they came out with wasn’t a surprise to us. They just totally dominated the entire game.”

The Bucks extended their lead to a game-high 41 points, 105-64, when Jordan Nwora made a layup early in the fourth quarter.