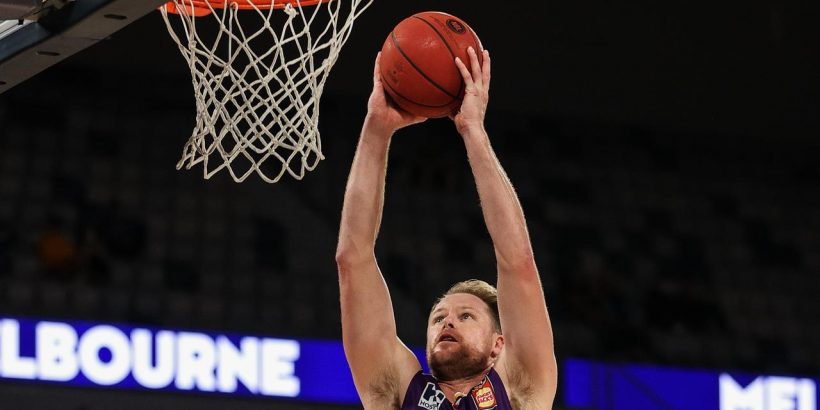 Sydney Kings swingman Brad Newley is one of the NBL’s oldest players, but the veteran wants another deal to extend his stellar career.

Newley, 36 and off contract, feels like he still has plenty to give at the Kings as one of the club’s most reliable and experienced players.

The Adelaide-born small forward has been impressive coming off the bench for Sydney, averaging 10.5 points, 1.75 assists and 5.5 rebounds.

Newley has played a pivotal role in rebuilding the Kings since joining the franchise in 2016, but he insists his career isn’t done yet.

“Right now, I’m out of contract at the end of the season, but I want to keep playing beyond that,” said Newley, who made his NBL debut with the now defunct Townsville Crocodiles back in 2004.

“As long as I do what is asked from the club, personally, I don’t see why I can’t keep playing.

“I’m matching up against some guys who are 10 to 12 years younger than me.

“Adelaide’s Giddey (Josh) is almost 20 years younger than me, but the fact that I can still keep up with those kind of blokes shows it isn’t a physical thing for me.

“The most important thing will be looking after my body and the basketball will take of itself.”

The delayed 2021 NBL season has been chaos due to the coronavirus pandemic, prompting the Kings to start the season in Queensland and Adelaide.

They temporarily relocated back to Sydney before basing themselves in Melbourne for the month-long NBL Cup.

You could understand if Newley’s body was struggling, but he says the biggest battle is between the ears.

“The body is fine; it is more the mental side of things and how you can stay switched on,” he said.

“Usually, this time of the year you are looking towards the build-up to the finals, but we are only five rounds in.

Newley said mentally this season like no other had been a challenge. Picture: Martin Keep/Getty ImagesSource:Getty Images

“There is probably a bit of a shock in your body, but it is more your mind playing tricks.

“But what has been pleasing is that as a group we’ve faced the challenges, and since December 20 we’ve been on the go and living out of a suitcase.

“We were home for 10 days and now we are in Melbourne for at least a month.”

Newley also couldn’t be prouder of the Kings defying a significant injury toll to remain in the finals hunt.

Sydney will look to respond on Thursday night against the New Zealand Breakers after losing to Perth on Tuesday.

“We’re known internally as the junk yard dogs, and that is something that we embrace,” he said.

“Sometimes we need a bit of a kick in the arse from (Adam) Forde, but we’ve done well to push through so many injuries.

“We haven’t thrown the towel in, so the club’s culture is coming through.”