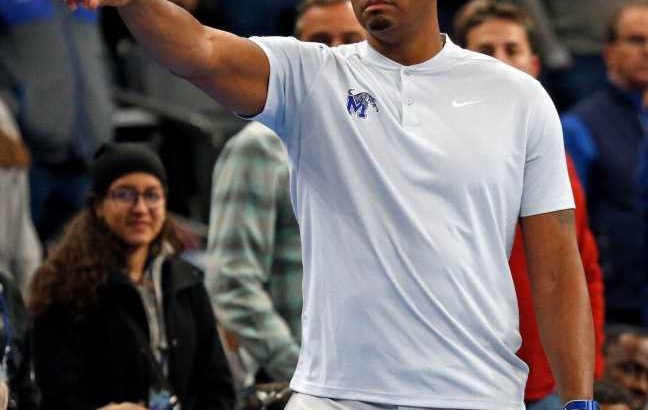 Hardaway was asked by one reporter if he had lost faith he could get the job done at Memphis and whether he was embarrassed by the team’s performance.

“If I had my roster like they did, then I feel like I can do whatever I want to do. I’m coaching really hard, my boys are playing really hard, I’m not embarrassed about nothing. We have four freshmen starting, y’all need to act like it. Act like we got 17- and 18- and 19-year-olds out here trying to learn how to play against 22-, 23- and 24-year-old guys. Come on, man. Stop disrespecting me, bro. Like, don’t do that. I work too f—ing hard. I work way too hard for that. Y’all write all these bulls— articles about me and all I do is work. We got young kids on the floor. They got young kids on the floor.”

Memphis, which opened the season ranked No. 12 in the AP poll, dropped to 9-8 overall and 3-4 in the American Athletic Conference. The Tigers have lost eight of their last 12 games since opening the season with five straight wins.

Entering the season, it looked as if Hardaway had built a roster that was ready to make a deep run in the NCAA tournament. The Tigers returned three starters from a team that won the NIT, added a couple of impact transfers and then went out and landed top-five recruits Emoni Bates and Jalen Duren in August.

But Bates has struggled, Duren has been inconsistent and the pieces have not fit as expected in the preseason. There have also been COVID issues and injuries in the last several weeks; DeAndre Williams missed his fourth straight game Thursday, while Landers Nolley was out for a second consecutive game.

“It is what it is, man. I don’t like to get out of character. We’re hurt, man,” Hardaway said. “Our roster is depleted right now of guys that can definitely make a difference and help the young guys get through this. Right now they’re having to learn on the fly. It’s hard.”

Last season, Memphis started 6-5 before winning nine of its next 10 games to get into the NCAA tournament bubble picture (it eventually missed out, instead winning the NIT title). The Tigers still have 11 games left in the regular season, but they’re running out of time to turn things around.

“We gotta be tougher as a group. We gotta stop feeling sorry for ourselves when things aren’t going right and just keep fighting,” Hardaway said. “Right now we’re not fighting. This isn’t a Memphis team. We’re not fighting hard enough for the entire game.”