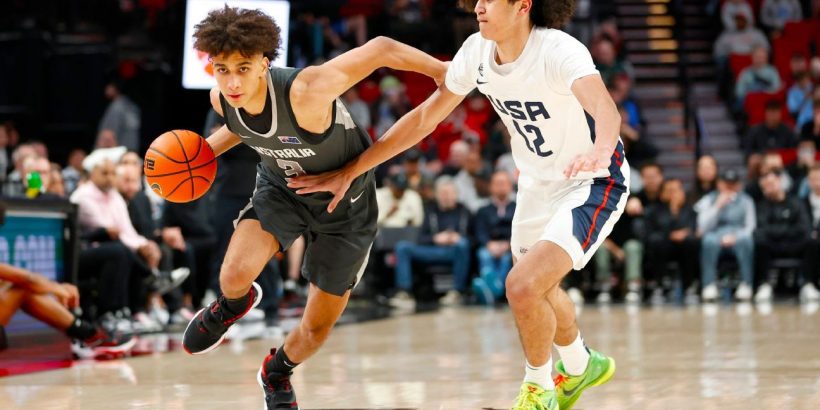 Five-star guard Tyrese Proctor is reclassifying into the 2022 class and will play at Duke next season, the school announced Thursday.

Proctor originally committed to the Blue Devils in April as a member of the 2023 class.

“The moment I stepped foot inside Cameron I knew it was where I belonged,” he said in a news release from the school, referring to Duke’s arena. “I’m ready to step up and face a new challenge where I maximize my development as a player and continue to grow on and off the court. Waiting a year to put on that Duke jersey was too long.”

A native of Sydney, Australia, Proctor has come up through the ranks of the NBA Global Academy. The skilled 6-foot-5 guard can play on or off the ball.

“We have had extensive talks with Tyrese and his family over the last few weeks and we are thrilled to be welcoming him on the 2022-23 team,” Duke coach Jon Scheyer said in the news release. “Tyrese has a special feel for the game with great scoring instincts who will add to the versatility, competitiveness, and high character of this team. He is such an advanced player with an international basketball résumé that includes his NBA Global Academy experience who is more than ready to take on this opportunity right now.”

He might be most beneficial to Scheyer and Duke because of his 3-point shooting. He shot 43.8% from 3 in nine games with the NBA Global Academy in 2021, then made 37% of his attempts in eight games with the New South Wales U20 team in 2022.

Proctor is the seventh commitment for Scheyer and Duke in the 2022 class and the fourth five-star prospect to sign with the Blue Devils. They already had the No. 1 recruiting class in the country, with Proctor only adding to their advantage.

With Trevor Keels announcing Wednesday that he would keep his name in the NBA draft, Duke badly needed another piece on the perimeter. Northern Iowa transfer A.J. Green was an option, but he decided to keep his name in the draft as well. Texas transfer Courtney Ramey is also available, but Proctor reclassifying should fill the void.