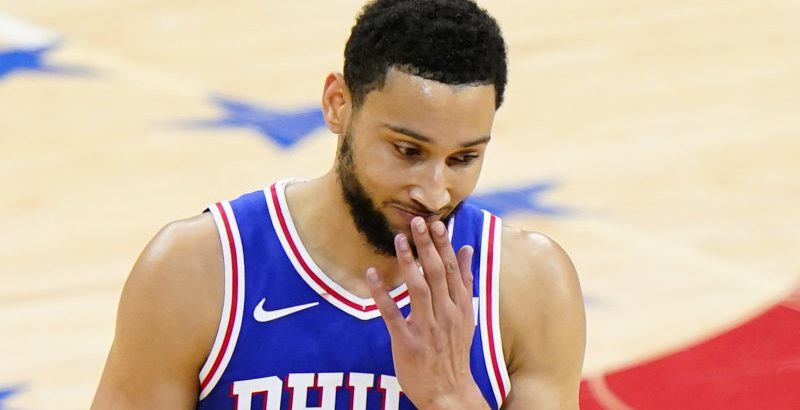 The Ben Simmons saga has turned into a bad soap opera.

Most of his 76ers teammates wanted to take a jet to Los Angeles this week to meet with the disgruntled point guard, according to The Athletic. The meeting was planned as a way to convince Simmons to commit to playing for the Sixers this season. However, they were instructed not to come and that the three-time All-Star did not want to meet with them. 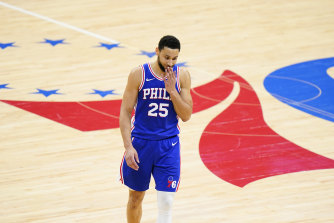 Ben Simmons has requested a trade away from Philadelphia.Credit:AP

This all comes after sources told the The Philadelphia Inquirer last month that Simmons informed the front office that he no longer wanted to remain with the team and wouldn’t attend training camp, which starts this week.

For the second time since December, the Sixers are unsuccessfully trying to trade Simmons, whose trade value has diminished. This time, the team is having a tough time finding a team to meet its lofty trade demands of a package that includes an All-Star-calibre player.

The organisation does not want to trade Simmons for less than what it believes is fair market value. So co-managing partner Josh Harris, president of basketball operations Daryl Morey, general manager Elton Brand, and coach Doc Rivers met with Simmons in Los Angeles last month to persuade him to report to training camp.

He declined their invitation then and hasn’t changed his mind since. Rivers said during an MSNBC interview last week that the team is having a tough time convincing Simmons to stay in Philadelphia.

A league source confirmed that Simmons’ agent, Rich Paul of Klutch Sports, informed the Sixers in Chicago in June that his client wanted to be traded. However, Simmons informed them personally last month. That was his first contact with the team brass since the conclusion of the season.

Sources have said that Simmons’ relationship with the Sixers became irreparable after Rivers’ comments following the game seven loss to the Atlanta Hawks in the eastern conference semi-finals on in late June.

Rivers, who has been one of Simmons’ most ardent supporters and defenders, was asked by The Inquirer’s David Murphy if the No.1 pick of the 2016 draft was capable of being a point guard on a championship-calibre team.

“I don’t know the answer to that right now,” Rivers responded on a night when Simmons finished with five points, 13 assists, and eight rebounds – and was not on the floor for the final 40 seconds of the 103-96 loss.

But the day after wavering, Rivers did say that Simmons was salvageable. And appearing on ESPN’s First Take last week, the coach said, “we would love to get Ben back”.