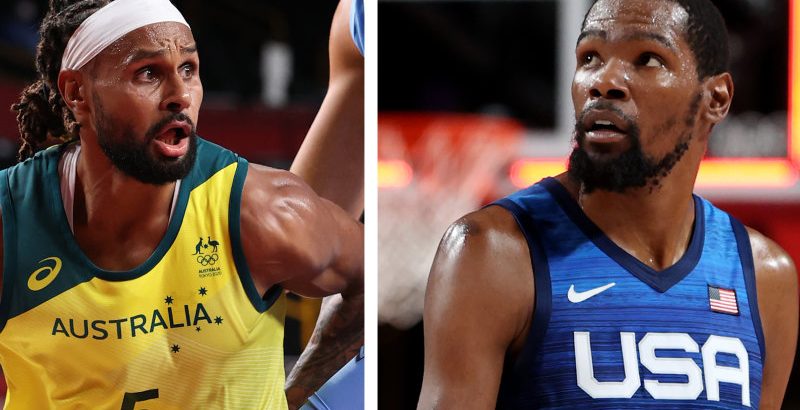 The man of the moment: Patty Mills

‘We’ve done it before’: Ingles

Tokyo: It would be tempting to say this has been a game five years in the making for the Boomers, that all roads from the smouldering remains of Rio have now converged ahead of their semi-final at the Olympic basketball tournament. 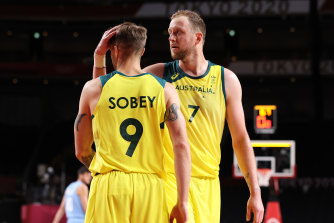 In another era, this may have rung true. Making the semi-finals for the fifth time and wandering into a foregone conclusion against the US might have seemed like a good week at the office. Then, they could regroup to focus on the real goal, a lesser medal to break their Olympic drought.

Our regular Olympics blog is still running for all the other events, this is our stand-alone blog for what is the biggest men’s game in Australian basketball history.

The winner of this game goes to the gold medal game against the winner of France versus Slovenia who play at 9pm tonight AEST.

The Boomers have never won an Olympic medal and have four fourth-place finishes while Team USA is putting its legacy on the line having won the last three gold medals since Argentina beat them in the 2004 Olympics semi-final.

Please feel free to leave comments on the blog and we will be running through all the big moments with tip-off coming at 2.15pm AEST.

Also to those at school or work around the country, time to lobby the boss to let you tune in for this enormous game.

If that doesn’t work stick with us on this live blog.