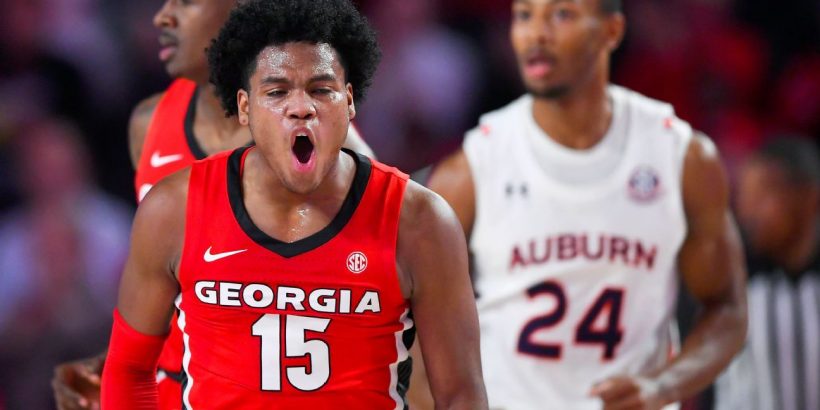 Wheeler chose the Wildcats over Kansas, LSU and Oklahoma State.

“I feel like Coach Cal and that staff and that roster give me the best chance to win a national championship next year and pursue my dreams of playing in the NBA,” Wheeler told ESPN. “The biggest thing was Kentucky’s roster. Playing with elite rim protection, elite size, athleticism, elite shooting. [Kellan] Grady, [CJ] Fredrick, [Dontaie] Allen, TyTy [Washington] can all shoot the ball. That system and style, Cal wants to get back to playing fast, playing downhill. And it’s still the SEC, a conference that I’m familiar with.”

A 5-foot-10 point guard from Houston, Wheeler earned second-team All-SEC honors last season after averaging 14.0 points, 3.8 rebounds and 7.4 assists. He had eight games of double-figure assists, including a triple-double against LSU in February — the first triple-double in Georgia basketball history. Wheeler also had three games of 20-plus points, highlighted by a 27-point outing against Florida.

Wheeler ranked fourth nationally in assists, pacing the SEC in that category.

“I’m a dynamic playmaker,” he said. “If the game needs me to get four points and 15 assists, I can do that. If it calls for me to get 20 points and five assists, I can do that too. I’ll bring experience and leadership. I can manage personalities, get the buy-in from everyone. We all want to win. And I have experience playing in the SEC. I know what it takes to win, I know what the SEC is like. There’s not going to be any egos. We all want to win, and we want to win at a high level. That’s what you’re there to do at Kentucky.”

Wheeler said there won’t be an issue playing alongside another high-level point guard like Washington.

“John Wall and Eric Bledsoe coexisted, Tyler Ulis, Isaiah Briscoe and Jamal Murray coexisted. De’Aaron Fox and Malik Monk coexisted. I don’t think that’s a problem,” Wheeler said. “I can penetrate and get him easy looks. He’ll do the same for me. We complement each other’s game. And as fast as we want to play, everyone’s going to have their fair share of contributions. There’s going to be so many possessions in the game.”

Wheeler also declared for the NBA draft when he decided to enter the transfer portal, but while he plans to go through draft workouts, he said there’s a 99% chance he’s going back to college.

“He’s a strong and smart point guard with great passing vision,” ESPN basketball recruiting director Paul Biancardi said. “Wheeler controls the pace of the game and enhances fast-break opportunities with his open-floor speed and the way he probes the defense with his head up. He will be a disruptor defensively, as he loves to pressure the ball in the full court. Offensively, he is a master at the drive, draw-and-find game, and can operate in ball screens. Perhaps his greatest skill will be his leadership to a new team that now has a legitimate chance at an SEC title and a deep run in the NCAA tournament.

“He needs to improve his assist-to-turnover ratio. It was less than 2-to-1 at Georgia last year, mainly because he was the first option and the game plan was focused solely on him. That won’t be the case at Kentucky.”

Wheeler was ranked No. 15 in ESPN’s latest transfer rankings.