Sydney Kings coach Will Weaver’s links to the vacant New Orleans Pelicans and OKC Thunder head coaching jobs is a significant win for the NBL, even if he doesn’t land the top job or an assistant role.

Weaver has been linked to the Pelicans and the Thunder, according to ESPN’s Brian Windhorst.

The Kings mentor may not land an NBA gig, but it is a major achievement for him and the NBL to even be in the conversation as a candidate according to Boomers legend Chris Anstey.

“Will had his G League team (Long Island Nets) and he proved that he can be a successful head coach and now he has nurtured talent like Didi (Louzada) that the NBA has sent over through New Orleans,” said Anstey, who played for Dallas and Chicago in the NBA.

“He might have bypassed a number of years as a third or second NBA assistant coach and put himself in the head coaching frame a bit more clearly.

“And if he does, I think that is just another tick for our league here in the NBL, even if he is just being genuinely considered.”

Speaking on the Hoop Collective podcast, Windhorst explained how several connections to the Pelicans franchise could see Weaver land on the club’s coaching staff.

It’s also understood that the Kings coach is also interviewing for the Thunder job.

“I have heard a sort of underrated name there, Will Weaver, who right now coaches the Sydney Kings of the Australian league,” Windhorst said.

“He was previously with the (Brooklyn) Nets and the Long Island Nets with Trajan Langdon, who is the GM underneath (David) Griffin there.

“And in this last year, the Pelicans had a draft pick, Didi Louzada, who was like the 35th pick last year, a guard, they sent him down to Sydney partially due to the connection between Trajan Langdon and Will Weaver.

“Whether or not he’s a legitimate candidate for the lead job or as an assistant, this is super-duper important.” 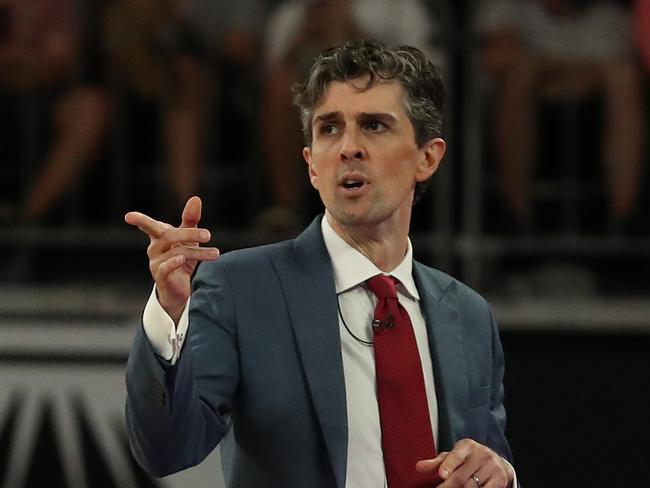 Add in his pre-existing relationship with Langdon and Weaver is thought of highly among the Pelicans organisation.

The current Sydney coach might not pick up a head coaching role, but he has the experience and respect in the NBA to fill an assistant role.

According to ESPN reporter Adrian Wojnarowski, Stan Van Gundy has emerged as one of four expected finalists for the New Orleans head coach job.

Wojnarowski reported that Van Gundy‘s reputation as a teacher of the game in 11-plus seasons with the Miami Heat, Orlando Magic and Detriot Pistons has made him a formidable candidate for a young Pelicans roster.

He revealed LA Clippers assistant Ty Lue also has a meeting with New Orleans this week.