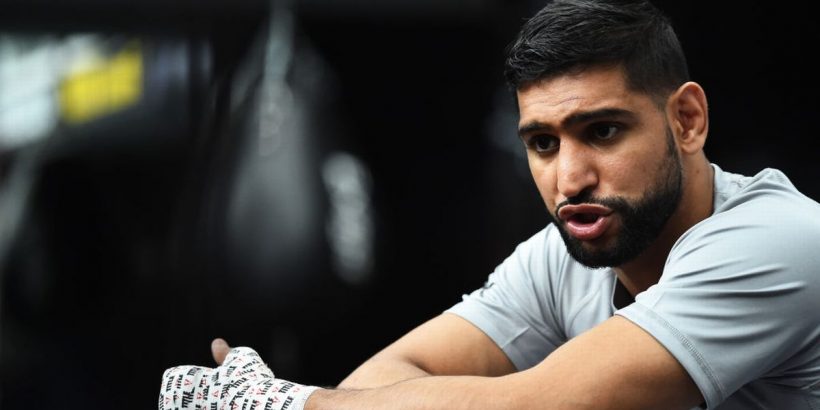 Amir Khan has responded to Conor Benn’s recent claim that he “wanted to send [Khan] to retirement, nicely.”

Benn is one of British boxing’s fastest rising stars and recently signed a lucrative five-year deal with Matchroom Boxing after his stunning first-round knockout of Samuel Vargas earlier this year.

Immediately after the victory, Benn called for Eddie Hearn to set up a clash with Khan and said: “Give me a proper test, give me Amir Khan.

"I know he’s too busy on reality shows and all that. But listen, if he wants it, he can get it.”

More recently, Benn doubled down on his callout and claimed that he “wanted to send [Khan] to retirement, nicely.”

While Khan didn’t initially respond to Benn, in a recent appearance on Brian Custer’s Last Stand Podcast, the former light welterweight world champion was asked about what he thought of the 24-year-old.

“I like him because he wants to fight a big name and he’s not scared,” Khan said.

“You have to give him respect because I was the same way when I was around his age…and I was calling out the big names.

“You want to send statements to the world that, ‘Look, I’m here, I want to fight the best.’”

Do you think Conor Benn would defeat Amir Khan if the pair fought? Have you say in the comments section below.

“You have to be a young lion in boxing. You cannot be scared of anyone. He wants to fight the best.”

“It might be a little bit too early for him in his career [to fight me],” said Khan.

“You can end up ruining your career, and I don’t want him to do that. So, maybe the best thing that happens is that he doesn’t fight me.”

Benn appears to be one of the fastest rising stars in boxing right now.

“All them names you just mentioned. No one banged him out in one round. Easy.”

As Benn continues to pick up stoppage after stoppage, it seems only a matter of time before the Destroyer meets one of the welterweight division’s elite talents.

Conor Benn is set to return to the boxing ring later this month against America’s Adrian Granados. The clash is set to headline the first of Matchroom Boxing’s three Fight Club events, set for July 31 at the Matchroom Headquarters in Essex.

The card also features Xu Can vs Leigh Wood, Avni Yildrim vs Jack Cullen and the return of Campbell Hatton.