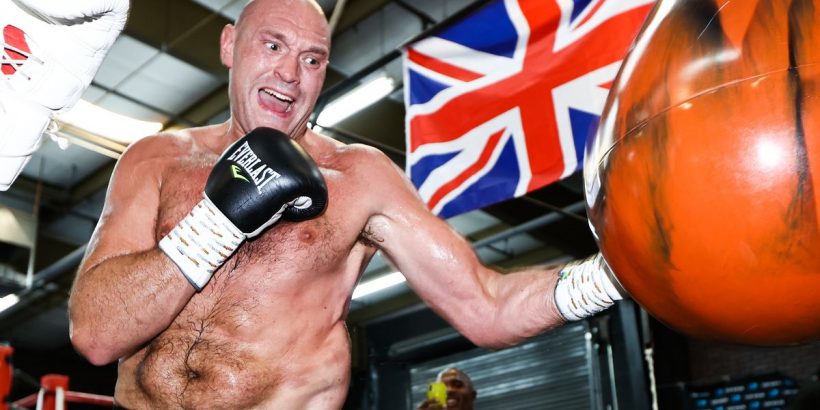 In a recent appearance on the Last Stand podcast, Amir Khan claimed that while he believes Anthony Joshua is “a beast”, the former Olympian should steer clear of British heavyweight rival Tyson Fury.

In a wide-ranging interview, Khan talked about his return to boxing slated for later this year, the rise of exhibition fights and his rivalry with Kell Brook.

The former WBA light-welterweight champion also discussed his thoughts on the current state of boxing’s heavyweight division and argued that while he believes Joshua is a great fighter, the current WBA, IBF, WBO and IBO champion would struggle against the Gypsy King.

“He’s a beast, heavyweight champion. But a lot of people say, ‘Is he gonna beat Tyson Fury?’

“I think that could be one of the hardest fights he ever has. If I was Anthony Joshua, I’d keep away from Tyson Fury.”

Earlier this year, Joshua and Fury were reportedly in the process of negotiating a blockbuster heavyweight unification bout, expected to take place in Saudi Arabia. However, in the final stages of negotiations, an arbitration court ordered Fury to face American heavyweight Deontay Wilder instead.

With Fury and Wilder off the table, Joshua is now expected to face former cruiserweight king Oleksandr Usyk.

Do you think Anthony Joshua would defeat Tyson Fury? Let us know in the comments section below.

The bout, expected to take place on September 25 at the Tottenham Hotspur Stadium, is likely to be Joshua’s toughest test to date.

Usyk is considered by many to be one of the best pound-for-pound boxers in the world having previously defeated the likes of Tony Bellew, Derek Chisora and Murat Gassiev.

Joshua will certainly still be the favourite heading into the bout following his solid last outing against Kubrat Pulev as well as his significant size and power advantage.

However, it goes without saying that Usyk is far from a mere stepping-stone towards an all-British unification bout with Fury.

Anthony Joshua is set to face former cruiserweight king Oleksandr Usyk in a bout expected to take place on September 25 at the Tottenham Hotspur Stadium in London. It will be Usyk’s third bout at heavyweight and Joshua’s WBA, IBF and WBO belts will all be on the line.