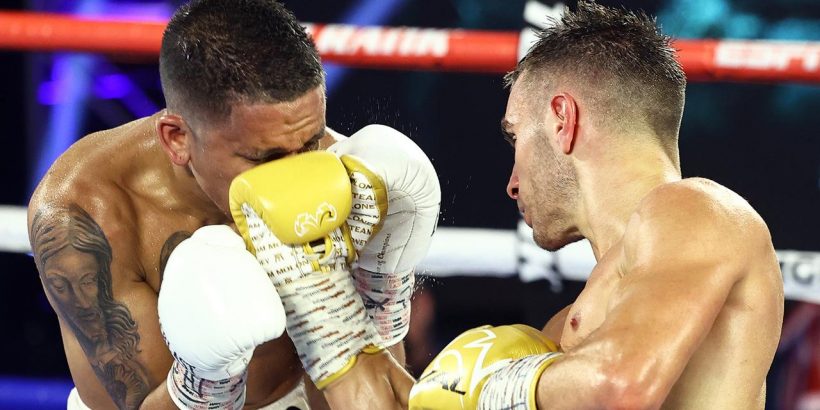 He lost their first fight but nine months ago dominated the rematch in Las Vegas, only to be robbed of the WBA Super-Flyweight World Title he desperately wanted when the bout was stopped after two rounds because of swelling around Franco’s eye.

Officials ruled Moloney had accidentally headbutted his opponent and the clash was ruled a no contest, even though replays showed the injury was actually caused by the Australian’s fist.

The decision sparked outrage from Team Moloney and his supporters, while even actress Helen Mirren said he was robbed.

But now Moloney has a chance for redemption and he’s hoping to make it count. The main event is scheduled to get underway after 1pm AEST.

“There is no doubt that result from the second fight and also the first fight have been in the back of my mind everyday for the last nine months,” Moloney told foxsports.com.au ahead of today’s main event.

“I think the whole world knows that belt deserves to be around my waist at the moment. It was a no contest but he walked away with the belt. He knows he didn’t deserve it and I think he is going to be very determined this weekend but as am I.

“For the last nine months I’ve had to watch him basically claim he is the champion and walk around with that belt that I know should be mine.”

Should Moloney emerge with the belt after his fight, he won’t be the only one in his family with their hand raised.

Jason, who now moves to a 22-2 record, was coming off a knockout loss at the hands of Japan’s Naoya Inoue in October last year.

Before the loss, Jason was on a four-fight win streak.