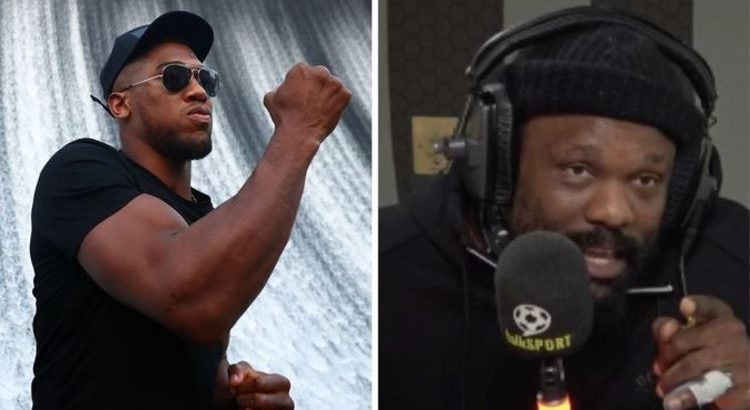 Anthony Joshua has the tools to “blast out” Tyson Fury early doors – if the pair finally meet in the ring. That’s according to AJ’s close friend Dereck Chisora, who claims the former unified heavyweight world champion would have to go for broke if he was to climb through the ropes to face his arch British rival.

The two heavyweight titans were due to collide in Saudi Arabia for the undisputed heavyweight world championship back in August before the lucrative multi-million deal collapsed in the final stages.

Following an arbitration in the United States, Fury was ordered to rematch Deontay Wilder for a third time, meaning plans for the undisputed clash were shelved.

But now the landscape has changed after Joshua’s defeat to Oleksandr Usyk at the Tottenham Hotspur Stadium in September with AJ now set to try and win back his belts versus the Ukrainian.

And if he is successful, there is every chance an undisputed clash with Fury could finally await him later in the year, providing Fury beats mandatory challenger Dillian Whyte.

When quizzed on who would prevail, Chisora is adamant AJ has the capabilities to stop Fury.

“Wilder didn’t know what to do (with Fury).

“If AJ fights Fury, he has to just go on him straight away and blast him out.

“If he tries to box him, he will lose the fight.

“He has to fight him, if you give Fury time on the ball you’re in trouble.”

Chisora is adamant Joshua would go back to basics and adopt his rugged, street fighter approach as opposed to trying to outbox Fury.

“No, he’s not going to practise boxing anymore.

“The only person who practices boxing anymore is Tyson Fury, the rest of us should just fight.”