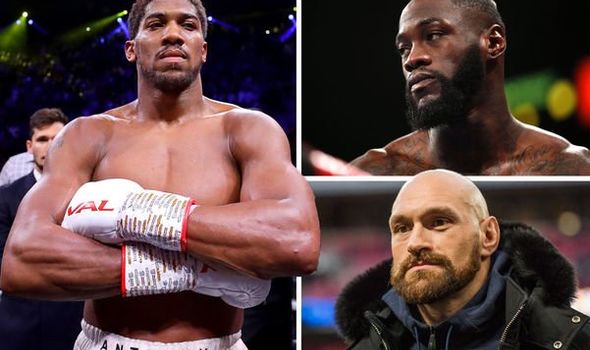 Anthony Joshua has called for a mega-fight against either Deontay Wilder or Tyson Fury to take place in 2020 as he looks to become undisputed world heavyweight champion. Joshua reclaimed his WBA, IBF and WBO titles last Saturday night against Andy Ruiz Jr in Saudi Arabia and already has big plans for next year.

Speaking on The Zoe Ball Breakfast Show, the two-time world heavyweight champion was asked if those fights against Wilder or Fury were possible this year.

“If these guys want to make history, especially Wilder because he has the last belt, let’s get it on, let’s make history.

“We created history becoming two-time champion of the world and I feel like we can add to that legacy in 2020.”

Pushed to reveal which man he wants to face more, Joshua buckled and said: “Whoever the fans want.”

It looks unlikely that Joshua will trade leather with either heavyweight, though, due to contractual obligations from all sides.

Wilder is scheduled to defend his WBC belt against Fury for a second time in February following the pair’s thrilling draw in December 2018.

If Wilder loses he will almost certainly have a rematch clause to trigger which would set up a trilogy bout later in the year, keeping both men away from AJ.

On the other side, Joshua’s hands may be tied when it comes to 2020 anyway.

The 30-year-old has two mandatory challengers from the IBF (Kubrat Pulev) and WBO (Oleksandr Usyk) who have both been ordered to fight him next.

If Joshua wanted to only fight one of them and then engage in an ‘undisputed’ bout later in the year – presuming Wilder wins – then he would have to relinquish one of the belts, therefore taking away the dangling carrot of becoming undisputed champion.

And Joshua explained that he does not want to give up any of his three belts as much as he wants to face Wilder or Fury. 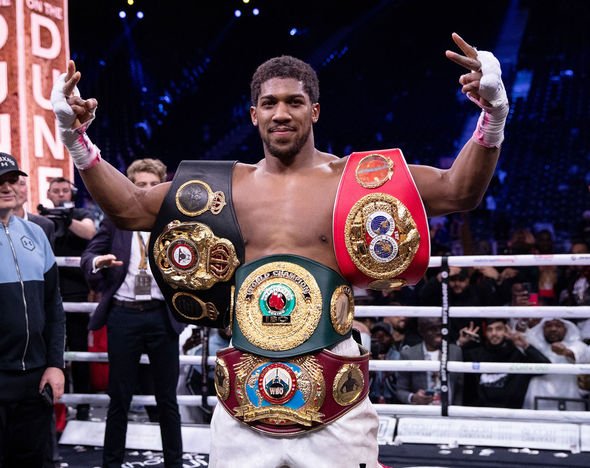 “It’s Kubrat Pulev or Usyk because Wilder and Fury are pencilled to fight,” AJ said of his next bout.

“And then what happens is a mandatory so there’s rankings and both those guys are ranked No 1 to challenge me for the belts.

“If I don’t fight those guys I’d have to give up the belts but I’d rather fight to defend it.”

Asked whether he would be open to fighting at the Tottenham Hotspur Stadium in his next fight, Joshua replied: “Why not? I don’t mind where it is.

“It’s good to be back on London soil.”