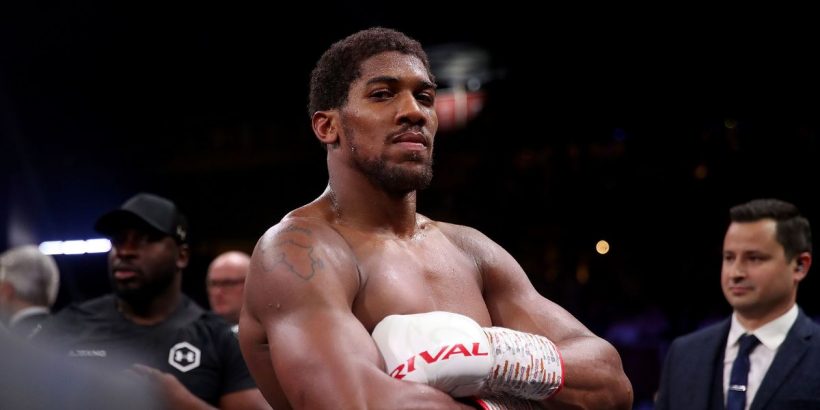 Anthony Joshua has admitted he is running out of patience as he waits for Tyson Fury to agree to their £150million mega-fight.

An announcement was expected this week to confirm the two heavyweight world champions will clash in Saud Arabia on August 14.

But Fury's promoter Frank Warren revealed his fighter is still not happy with the terms of the deal.

And Joshua has now spoken out in a bid to ensure the undisputed fight takes place this summer.

Earlier, Warren told Seconds Out: "You can only sign a contract when all the parties agree on it," the Queensbury Promotions boss told SecondsOut .

"One of the things in that contract that will enable us to get over the hump is the guarantees. If the guarantees are there, then it's not a problem.

"That's where it is. I'm not going down the road of where the fight's going to take place, who those negotiations are with because it's all moot at the moment."

Warren added: "Until we agree the terms, until Tyson Fury – which is who we're with – until he's happy with the terms it won't get signed. And he's not happy at the moment.

"I don't know what Anthony Joshua's position is because we've got nothing to do with him."

Fury and Joshua agreed financial terms last summer which would see both men split the first fight purse down the middle.

That would see them earn £75m each while the winner would then bank 60 per cent of the rematch purse.

But initial contracts outlining the two fight deal were not signed until March at which point no date or venue was secured.

Joshua's promoter Eddie Hearn then embarked on a six-country tour to drum up interest and returned with four offers.

Both Fury and Joshua elected for Saudi Arabia with dates of July 31, August 7 and August 14 mooted.

Hearn said last weekend that he was certain an announcement would be made this week – but that has now been thrown into doubt.