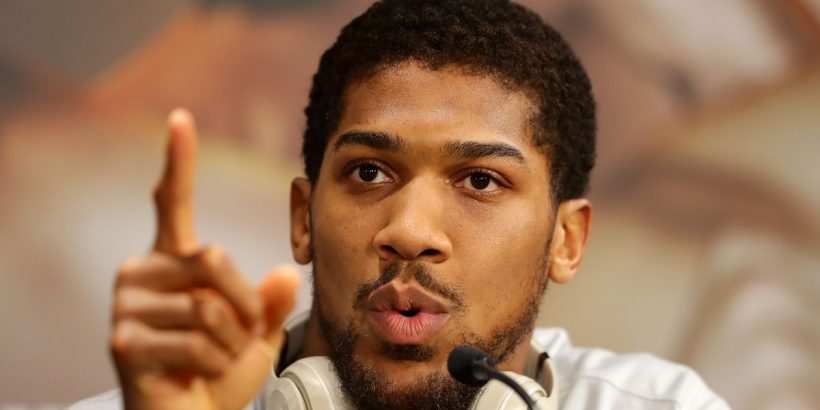 Anthony Joshua says he is tired of exchanging jibes with Tyson Fury on Twitter and has instead urged his rival to sign off on their heavyweight mega-fight.

Joshua and Fury are close to securing one of the biggest British bouts of all time, which will see them battle it out for undisputed heavyweight glory this summer after years of demand.

AJ’s promoter Eddie Hearn has been locked in talks with Frank Warren and Bob Arum of Team Fury ever since his man knocked out Kubrat Pulev back in December, which was the last-remaining obstacle blocking his path to a showdown with the Gypsy King.

An official announcement is understood to be edging closer, but last week Fury seemed to indicate that Joshua was stalling in negotiations by taunting his arch-nemesis on Twitter.

He wrote: “@anthonyjoshua don’t be chicken like you did vs @BronzeBomber (Deontay Wilder) come out and meet me for battle. let me show you what a Boss is. any day of the week twice on a sunday. #YOUBIGDOSSER”.

However, Joshua has urged Fury to put Twitter to one side and make sure they secure the fight everyone wants to see.

The unified world heavyweight champion said on JD’s King Of The Airwaves radio show: “Enough of this Twitter back and forth, it’s about securing the fight and putting on a good show and using my energy to uplift people not bring them down.

“I don’t want to demonise his character and use my energy to bring someone down. I know I can beat him, I believe it and I will prove it.”

Should Oleksandr Usyk agree to step aside as AJ’s WBO mandatory challenger, all four belts will be on the line when they meet in the summer.

Lennox Lewis was the last undisputed heavyweight champion of the world, with his reign coming to an end back in April 2000.

READ MORE:Tyson Fury spotted at McDonald's despite being in training for Anthony Joshua mega fight