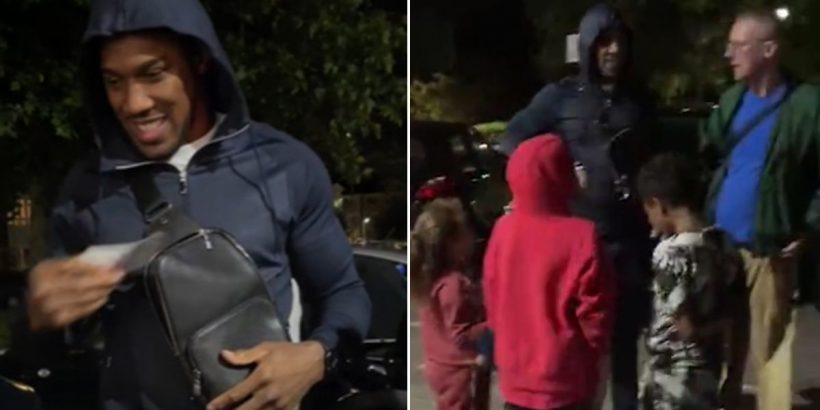 Anthony Joshua shocked fans this weekend when he returned to his old estate and handed out cash to kids.

The heavyweight boxer spent his Saturday (September 24) night where he grew up in Watford, north London, to give back to those who live there now. An Instagram Live on his account showed him giving out money to the local youngsters.

Joshua also posted a video on social media of his team gifting electric scooters to fans who had turned up to the Meridan Estate with the caption "it's only right".

He should have plenty more to hand out if his planned British mega-fight with undefeated champion Tyson Fury goes ahead at the Principality Stadium in Cardiff on December 3. But at present, that bout is hanging in the balance.

AJ is yet to sign the contract for the event and The Gypsy King warned him he has until today (September 26) before it's off. Promoter Eddie Hearn claimed that deadline would not be met and his fighter would walk away if it comes to that.

Do you think Fury vs AJ will go ahead? Let us know in the comments section.

There's still hope the deal will be finalised with Fury's promoter Frank Warren saying: "I don’t want to get into all this publicly but there is a meeting on Monday that I think could be the final piece of the jigsaw to get it over the line.

"And that is what we have to do. They have had the contract since last Friday and it’s not the Yellow Pages. It’s a straight forward contract and AJ is getting everything he wants in it."

Joshua has insisted he will sign on the dotted line, but only after his legal team have cleared it first.