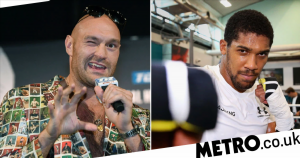 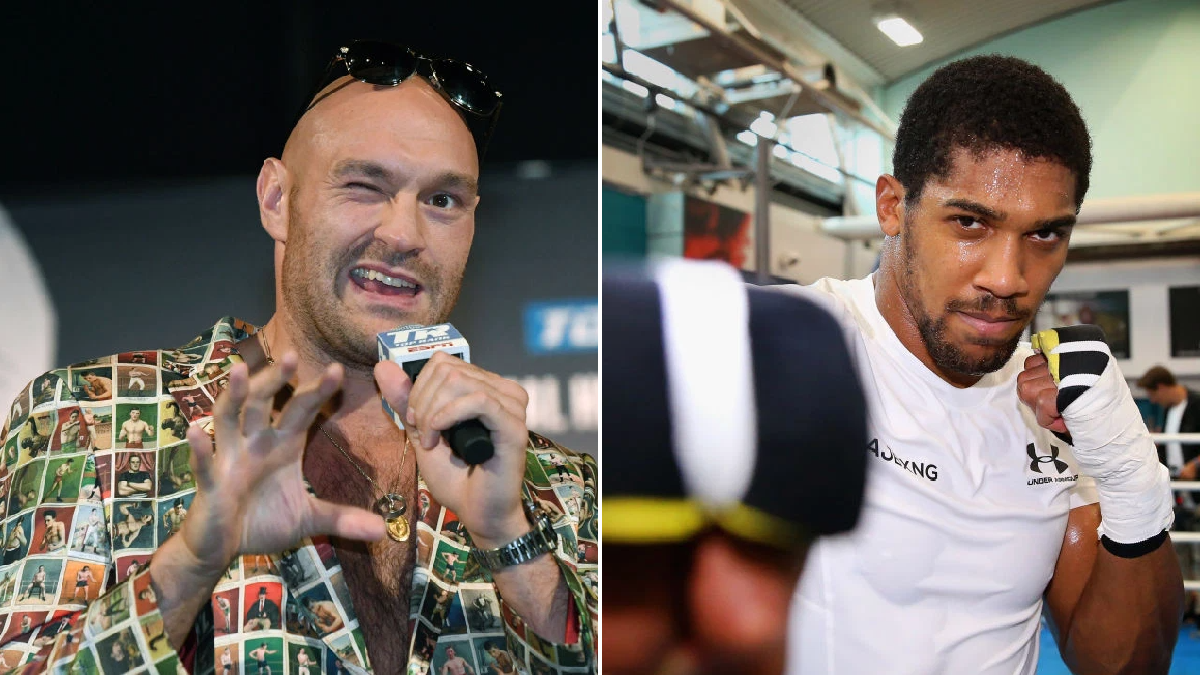 Anthony Joshua and Tyson Fury have traded verbal blows on social media as an official announcement over their highly-anticipated unification fight continues to drag on.

After months of negotiations, promoter Eddie Hearn claimed over the weekend that the deal would finally be rubberstamped and made official this week – though yet again a stumbling block has emerged.

Fury’s co-promoter Frank Warren now claims the Gypsy King is refusing to sign the fight contract due to a dispute over money ‘guarantees’ and could walk away from the deal completely.

The latest obstacle has clearly irked Joshua, with the three-belt heavyweight champion messaging Fury on social media and urging him to put pen to paper.

‘I’m tired. My fans are tired. Your fans are tired,’ AJ wrote on Twitter, tagging his rival. ‘We’re all tired of the talk. Less talk, more action!’

Joshua also made reference to Fury’s comments that he was a ‘spartan’ and did not care about money, even though Warren has now made it clear that the hold-up relates to a monetary issue.

Speaking to Hearn on his BBC Radio 5 live podcast No Passion, No Point, Fury had said: ‘The real difference here, in men, is that he’s a businessman and I’m a f***ing spartan.

Joshua uploaded those soundbites to his Instagram stories along with his message to Fury, with the lineal champ biting back and suggesting it is AJ who is dragging his heels.

‘Come get some then you big ugly dosser,’ wrote Fury on Twitter. ‘You’re no talk, no action.’

Asked what he meant by the guarantees, Warren added: ‘Signing is a guarantee for the amount of money that’s being paid, and until Tyson is satisfied that the money that’s in that contract is guaranteed by a bank, then it won’t get signed.’