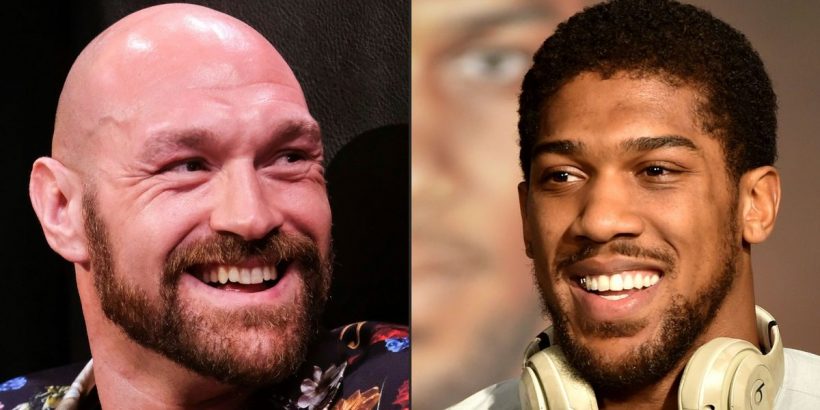 Anthony Joshua and Tyson Fury will both make at least £53million ($75million) for their August 14th superfight.

The pair will split the purse 50-50, and have received a lucrative £106million ($150m) offer from Saudi Arabia to host the event.

They will also receive bonuses based on the pay-per-view sales, which are expected to be massive considering the magnitude of the fight.

It’s expected to be one of the biggest fights in British Boxing history, with Joshua (24-1, 22 KOs) holding the WBA, IBF and WBO belts while Fury (30-0-1, 21 KOs) has the WBC and Ring Magazine titles in his possession.

Anthony Joshua finished Kubrat Pulev at the SSE Arena, Wembley in December, while Fury will have been out for just under a year and a half by fight time after his stunning KO win over Deontay Wilder in February 2020.

They have agreed to a two-fight deal, where the rematch purse will be split 60-40 in favour of the winner of the first bout.

The event will be broadcast as part of an unprecedented simulcast between BT Sport Box Office and Sky Sports Box Office in the UK, while fans in the United States will be able to order it on ESPN PPV. Elsewhere in the world, DAZN will have broadcast rights.

It is expected to cost £25 on either of the PPV platforms in the UK, while the US price could reach as much as $100.

Fury’s last fight with Deontay Wilder is reported to have sold somewhere between 900,000 and 1.2 million PPVs between Fox Sports PPV, ESPN PPV and digital sales.

It cost $70-$85 (£50-£65) depending on where American fight fans decided to purchase it, which would have made both Fury and Wilder huge amounts of money.

UK numbers have not been reported, but the PPV cost £25.

Bookies have Fury as a slight 8/15 favourite while Joshua is the underdog at 11/8 while a draw, which Fury’s first bout with Wilder ended in, is priced at 16/1.

Anthony Joshua has been the slightly quieter of the two, but he did tell the Guardian in December “I want to take his head off his shoulders when that fight happens.”

He added: “He knows about my uppercut. He knew about it from when I was 20. Trust me, he knows what’s coming.”

On an episode of Eddie Hearn’s podcast, ‘No Passion, No Point’, Tyson Fury told Joshua’s promoter: “It will be a check left straight to the temple. His legs will go and he will fall on his face.

“He may get back up and I’ll knock him out with the overhand right. Good night, enough said.”

Luckily for British fight fans, the ring walks will probably take place at a reasonable time of around nine or 10PM due to the fight taking place in Saudi Arabia.