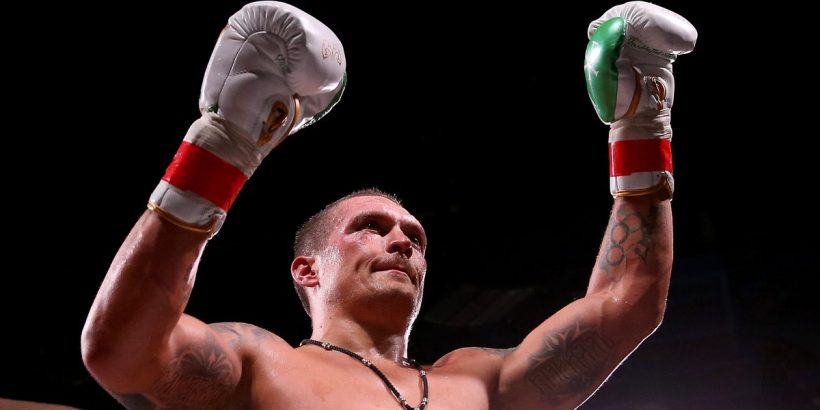 Tony Bellew believes Oleksandr Usyk will be the toughest opponent Anthony Joshua will ever face in his career.

After a highly-anticipated potential all-British bout with Tyson Fury to crown the undisputed heavyweight champion of the world fell through, Joshua is set to fight the Ukrainian at the Tottenham Hotspur Stadium on September 25.

Joshua, who has been ramping up his training in preparation for the heavyweight bout this month, will defend his WBA, WBO and IBF world titles.

Joshua hasn’t fought since a clash against Kubrat Pulev in December 2020, and former WBC title holder Bellew believes Usyk will prove a more difficult opponent than many may think.

“This will be the best boxer Anthony Joshua will ever face in his career,” Bellew, who retired immediately after losing to Usyk in round eight of their 2018 bout, told talkSPORT.

“When it comes to natural, pure boxing, Oleksandr Usyk is the most natural boxer Anthony Joshua will ever face. He is unbelievable at what he does.

“He is not a true heavyweight. Everyone keeps going on, yes he is a cruiserweight, but he is the greatest cruiserweight who has ever put on gloves. So he does come with an amazing skillset, but I just think weight divisions exist in boxing for a reason.”

Usyk defeated Bellew in their cruiserweight contest at the Manchester Arena three years ago and the 34-year-old quickly switched to the heavyweight division to defeat Chazz Witherspoon in 2019.

Usyk, who regularly sparred with former unified heavyweight champion Wladimir Klitschko, then conquered Derek Chisora via unanimous decision a year later and called Joshua out afterwards, saying “Anthony, how are you? I’m coming for you, Anthony”.

While Bellew is urging Joshua not to underestimate Usyk’s talent, the Liverpudlian is confident the champion can ultimately outlast the Ukrainian in North London.

“Come rounds seven, eight and nine, he is going to find out why he is not a true heavyweight,” Bellew added. “I think Anthony Joshua’s speed, power and perseverance will be what catches up with Oleksandr Usyk.

Joshua will fight Usyk on September 25 before Fury takes on Deontay Wilder on October 9.