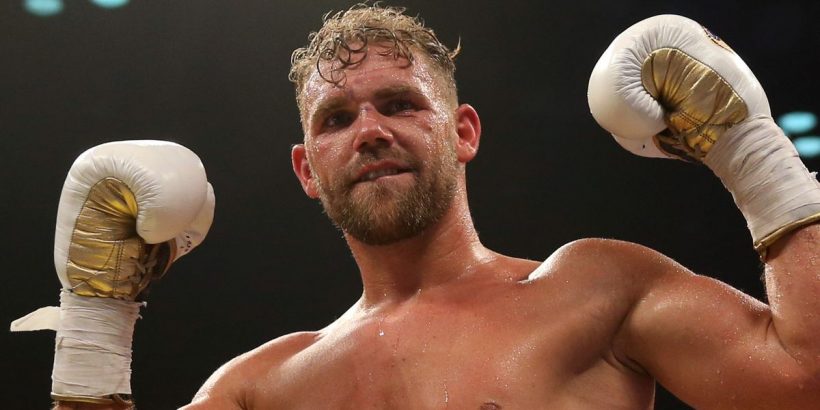 Billy Joe Saunders won’t rule out starring in his own Amir Khan-esque reality TV show after his clash with Saul 'Canelo' Alvarez.

But so focused has the Hatfield hitman been on the biggest night of his fighting life that he refused to entertain the idea of a fly-on-the-wall documentary leading up to Saturday’s clash.

“ITV actually approached me to do something out here,” said Saunders, who has found himself in hot water with boxing’s authorities through the years over some of his antics that have been caught on camera.

“They wanted to film me here in Las Vegas, building up to the fight, and then carry on back at home.

“It was a lot of money they offered me as well but I didn’t need the distraction.

“If I am not having my kids around as a nice distraction then how can I have a load of strangers with cameras?

“I would rather have my kids distracting me, rather than a load of strangers with a camera in my face.

“Maybe afterwards, maybe so, but let’s get this fight out of the way first.”

Who will come out on top as Canelo and Saunders do battle? Have your say in the comments.

It is a tantalising fight, with Tyson Fury adamant his good mate will give Canelo “a boxing lesson”, Mike Tyson fancying Canelo within “two rounds”, and Chris Eubank Junior reckoning on it being “an execution”, and not in great rival Saunders’s favour.

It is the doubters to whom Saunders listens the most.

He added: “I can look at everyone’s opinion and I could get carried away with the people who think I will win.

“But I like to look at the people who think I will lose, that is what gets me going.

“My last couple of performances, I have have struggled for that drive of not being the favourite and knowing I need to pull something out of the bag.

“This is that sort of fight, though.”

Asked if beating Canelo would be a greater achievement than Fury’s victory over Wladimir Klitschko, underdog Saunders said: “It will be up there with all of the great Brit wins abroad.

“But I just want to make sure I get an even playing-field.

“If I get beaten fair and square then I will shake the man’s hand and say, ‘Fair play’.

“But I just want to make sure it’s a level playing-field and then it could be up there with the greatest upsets by a Brit on foreign soil, in boxing history.”

Saunders’s victory over David Lemieux in 2017 remains the standout performance of his career and he knows this display has to be even better.

He added: “I have trained my body to take on an army so there will be no excuses from me.

“I have been away in training camp for a long time now, with my team and put all the hours in.

“Now I just want to enjoy the moment.

“Once I start enjoying the moment, I am a very hard man to beat.”