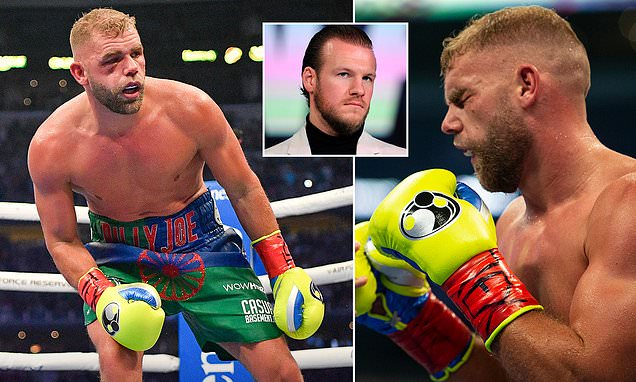 Billy Joe Saunders did NOT quit against Canelo Alvarez and ‘wanted to come out for the next round’ despite broken cheek and eye socket, reveals trainer Ben Davison, who says HE was behind pulling him out

Billy Joe Saunders wanted to battle on against Canelo Alvarez and did not quit, according to his former trainer Ben Davison.

Prior to Saturday’s bout, Saunders repeatedly spoke about how the Mexican had never faced anyone with his heart and was among the vocal critics of Daniel Dubois failing to continue against Joe Joyce with similar injuries to his eye and cheek.

So he has come in for criticism in some quarters for what they perceived as Saunders quitting on his stool after the eighth round. 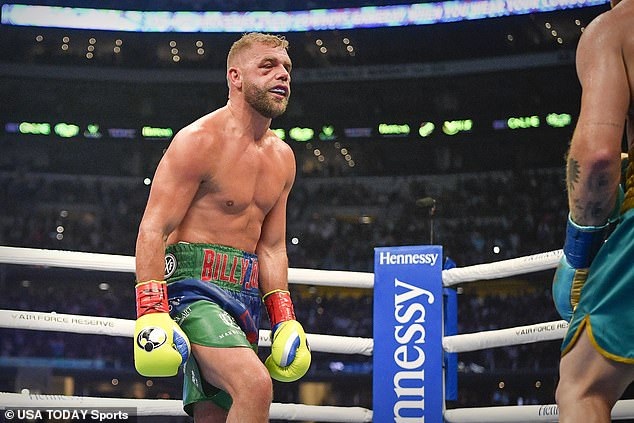 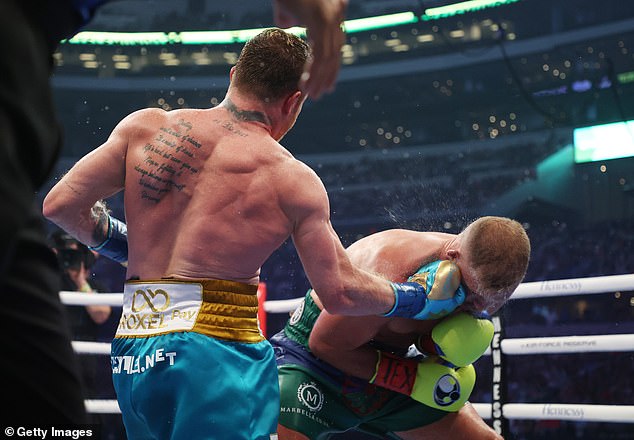 But Davison, who was in the corner, is adamant that Saunders wanted to carry on, telling iFL TV: ‘There’s a very misconstrued opinion of what happened in the corner.

‘Billy Joe came back in the corner and sat down, I came up and whispered in his ear and said “you’ve proven you belong at this level and you’ll get another shot because this fight was close”.

‘He was growing into the fight but I told him we had to pull it, and that’s why he shook his head as if to say “no, I’m going back out there.”

‘I think he even said something about how he could go orthodox.’

The trainer, who also used to work with Tyson Fury, said: ‘Let me clear something up about Billy Joe, I won’t name any names but he has made fighters who are good quality, who have a lot of heart, quit in the gym.

‘Billy Joe would have gone back out for the next round, of course he would, but before the round ended it was clear we had to pull this, it was clear straight away.’

Saunders himself has vowed to come back after undergoing successful surgery in Dallas.

‘You win some and lose some, didn’t feel out my league but got caught with a good shot and couldn’t see and Ben got the [sic] Conner to pull it.

‘Thank you all who watched I’ll be back god bless you all.’ 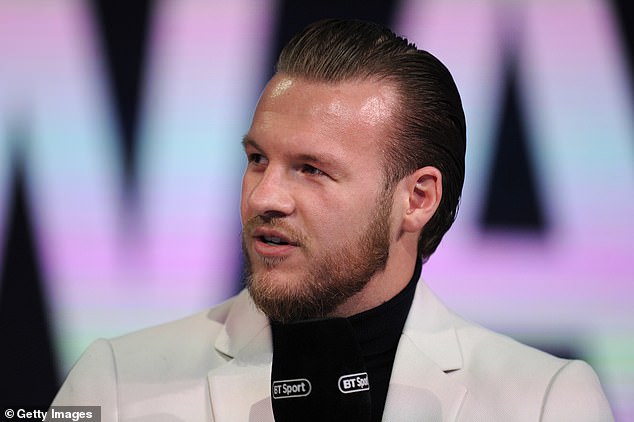 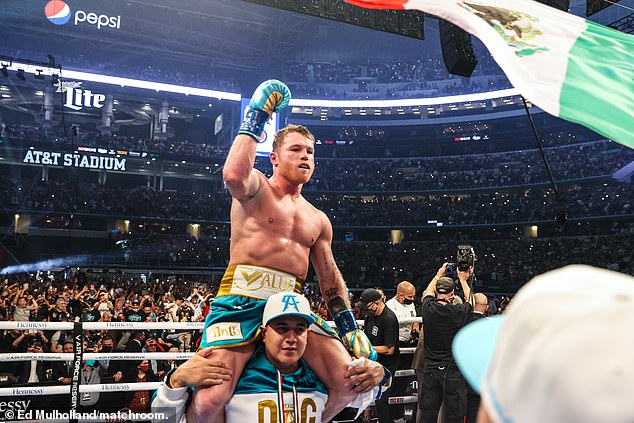 Saunders gave Alvarez some problems and at times showed his class but the powerful ‘Saul’ fulfilled his pre-fight prediction in forcing a stoppage in the 7th or 8th round.

Speaking in the ring immediately after the fight, a jubilant Alvarez said: ‘I said it would be around round eight.

‘I think I broke his cheek and I knew he wasn’t going to come out.

‘I told my corner he’s not coming out because I broke his cheek. It was not as difficult as I expected and that is because of my preparation. I have the best trainer, I prepare. He says “do this” and I do it.’