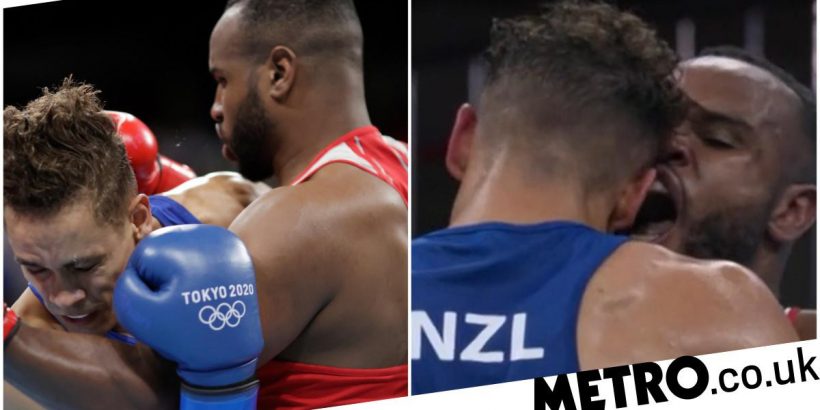 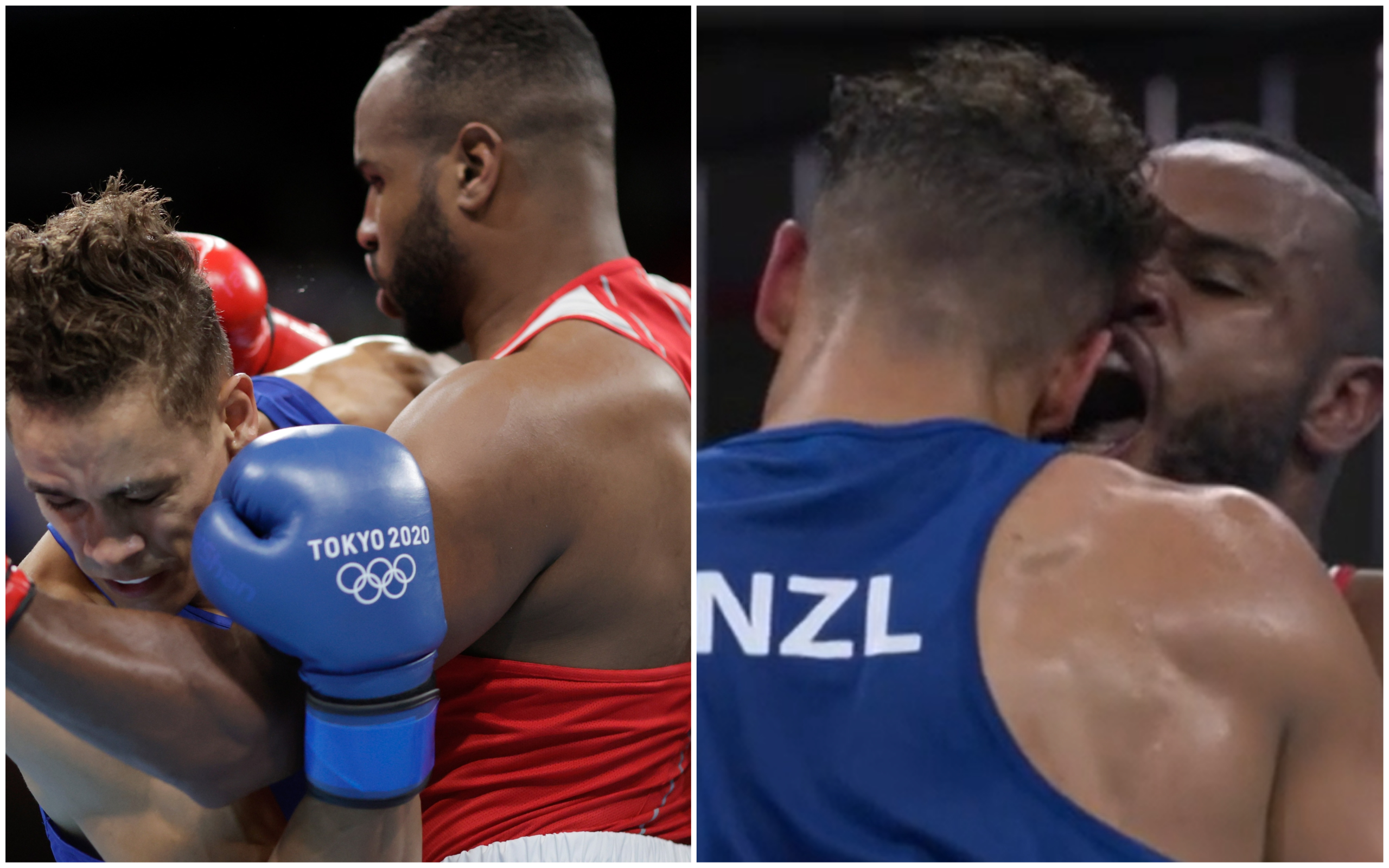 Moroccan boxer Youness Baalla did his best Mike Tyson impression as he attempted to take a bite out of his opponent’s ear at the Tokyo Olympics.

Baalla was behind on points in his last 16 heavyweight clash with David Nyika of New Zealand on Tuesday morning.

As the two clinched in the centre of the ring, Baalla moved his head towards Nyika and tried to take a chunk out of his opponent.

Nyika pulled away, wise to what his opponent had tried to do, and escaped any serious damage.

Nyika kept his cool, closing out the contest to claim an unanimous decision win.

While he escaped punishment at the time, Baalla was later retrospectively disqualified for the incident with officials stating he ‘very clearly intended to bite the ear/face of his opponent’.

The New Zealander was seen laughing the incident off with his team after the contest but understandably aired his frustration later on.

‘He didn’t get a full mouthful.

‘Luckily he had his mouthguard in, and I was a bit sweaty, but come on man, this is the Olympics, get your s**t together,’ Nyika told 1News.

Unfortunately for Nyika, this wasn’t the first time he has come up against a peckish opponent.

In 2018 during the Commonwealth Games, Yakita Aska of Antigua and Barbuda bit him on the chest during their bout.