Drones, fireworks and boxing in the new normal! Eddie Hearn’s £5m ‘Fight Camp’ is a roaring success in his back garden as Ted Cheeseman dazzles in main event with unanimous decision win over Sam Eggington

Under the hum of drones and to the claps of a few dozen, Ted Cheeseman interrupted the first of Eddie Hearn’s private garden parties by winning a thrilling punch up with Sam Eggington on Saturday.

In the top-of-bill clash at the opening Matchroom Fight Camp, the 24-year-old won a unanimous decision by 116-113 twice and 115-114. The latter seemed a more reasonable assessment of a brutally close bout dominated by relentless exchanges up until the finish.

By winning Eggington’s IBF international super-welterweight belt, Cheeseman got his one-promising career back into a solid position on the back of a horrendous 2019, in which he lost twice and drew once. For Eggington, who slips to 28-7, the rebuild will be hard after emerging on the wrong side of a bout that goes to the top of a limited pile for the British fight of the year. 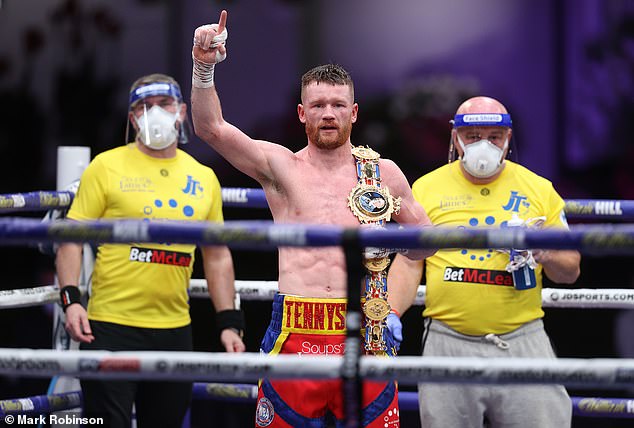 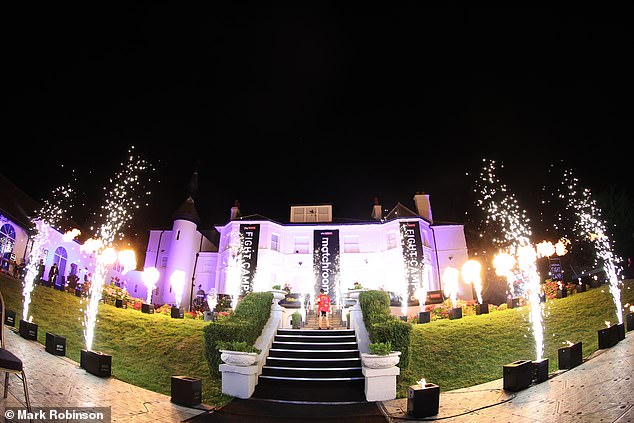 The showdown ignited in the second, starting with a big Eggington right before Cheeseman responded by twice coming within a whisker of dropping his opponent. Eggington grinned back at the 24-year-old and the subsequent exchange set the tone for the next half hour.

By the halfway point, Cheeseman was at least a couple of rounds clear before Eggington took a couple of the middle rounds and bloodied his opponent’s nose in the seventh. The second half was close, both in scoring and contact, with each session dominated by sustained periods of action. The final round was simply vicious, with Cheeseman seemingly close to the brink at one stage before the bell.

It capped a night of five entertaining fights on the first of four weekends that have cost Hearn £5m to stage. 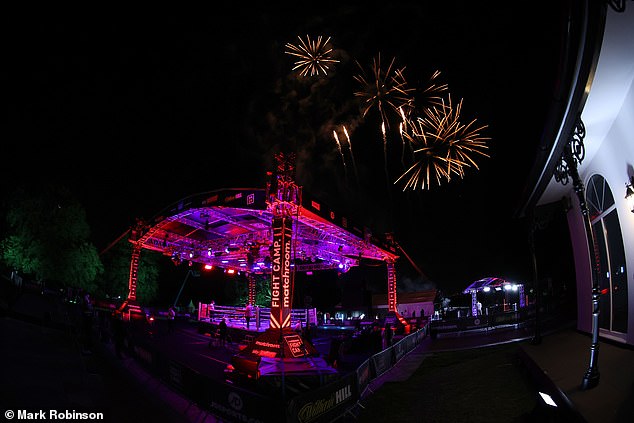 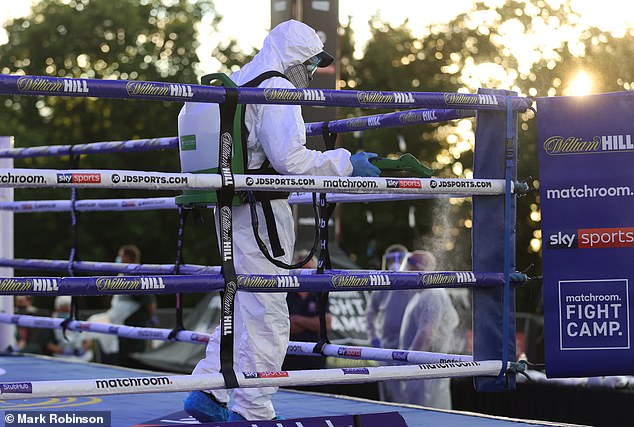 Gwynne was game but repeatedly was walked down by the former European super-featherweight champion and eventually was beaten decisively in the sixth. Gwynne was first dropped and cut by an uppercut followed by a straight right, before the referee ended the bout moments later after three further big hits put the Welshman on the ropes.

Tennyson, whose record now stands at 27 wins from 30, has won five straight fights at lightweight, after being stopped by Tevin Farmer in an IBF world super-featherweight title challenge in 2018.

Hearn said: ‘He is always in great fights and he has dynamite in his hands. I want to see him move on to those (leading) guys now. He can look at the European title and I love the Jorge Linares fight.’ 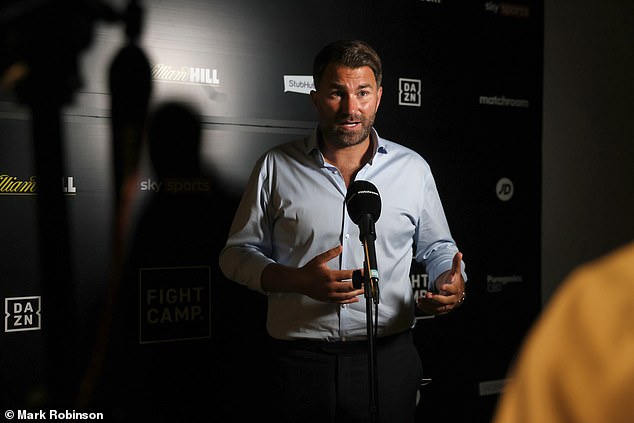 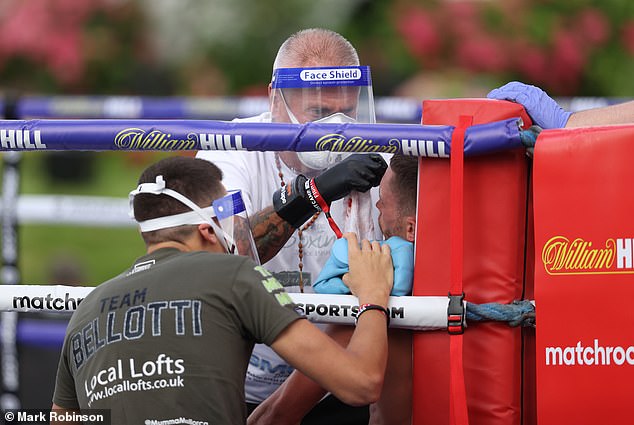 Fabio Wardley settled his grudge match against Simon Vallily with an impressive third-round stoppage to win the English heavyweight title. Vallily, the 2010 Commonwealth Games gold medallist, had torn into Wardley at a media session on Thursday and had been tipped as a serious risk to the 25-year-old, who has been signed by Dillian Whyte and is beginning to draw some attention.

Initially Vallily looked comfortable in two quiet rounds, but it all turned on a heavy left from Wardley in the third. With Vallily rocked, Wardley landed a flurry of direct hits to end the fight. Wardley’s record moved to nine wins from nine with eight knockouts. ‘We have got a great new contender among British heavyweights,’ Hearn said. 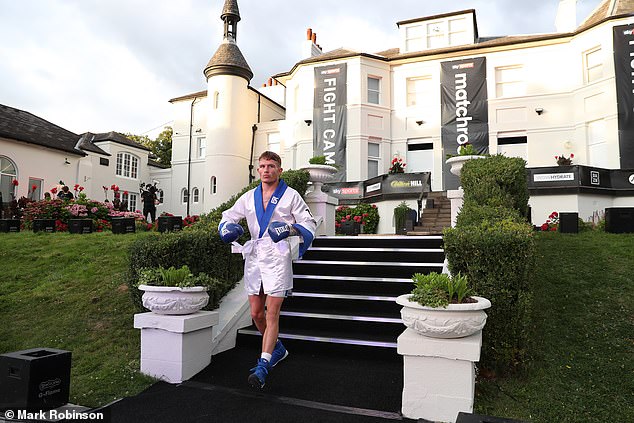 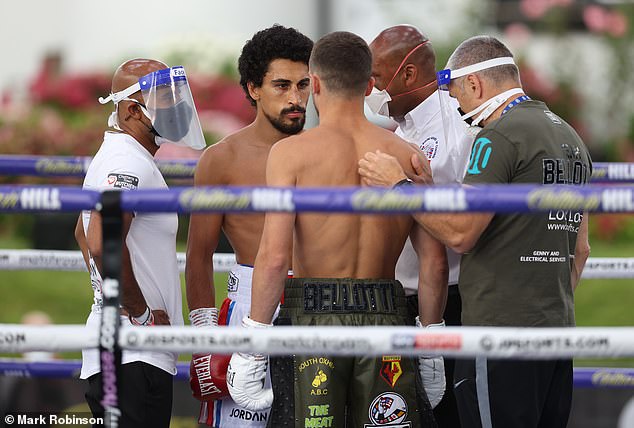 Former Britain international lightweight Dalton Smith progressed to 6-0 with the most emphatic stoppage of the night with a thumping knockout of Nathan Bennett. A huge right behind the ear dropped Bennett in the fifth and after initially starting a count, Ian John Lewis waved it off. Given Bennett’s condition, the count should never have been started.

Jordan Gill opened the show with a unanimous points win over Reece Belotti in a 10-round featherweight contest. It was the fourth defeat in the past six fights for the former Commonwealth champion.