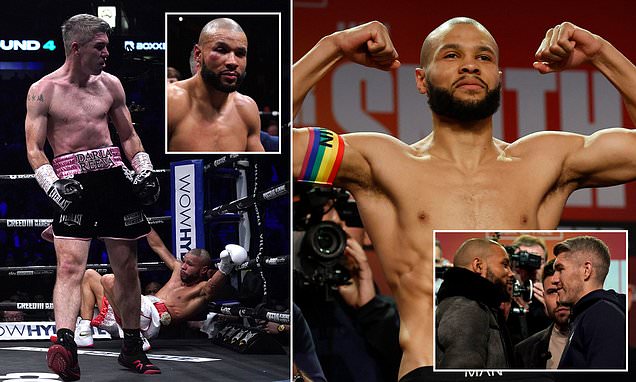 Chris Eubank Jr was reportedly subjected to vile homophobic abuse ringside from a fan after his shock fourth-round knock-out defeat to Liam Smith on Saturday evening.

The shocking incident came after the eventful final press conference where Smith said ‘nobody in this room has ever seen you with a woman’ to Eubank Jr.

One supporter repeatedly called Eubank Jr a ‘p**f’ and ‘****’, as he climbed over the fencing to access the media area ringside after the fight, before being escorted out of the AO Arena in Manchester, according to talkSPORT. 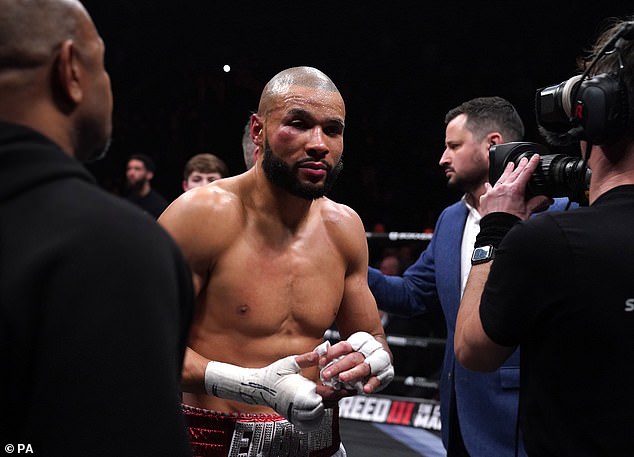 Collins said: ‘He was stood to my right in our broadcast area, trying to get as close to the ring as possible.

‘A sour end to a perfectly run night of boxing.’ 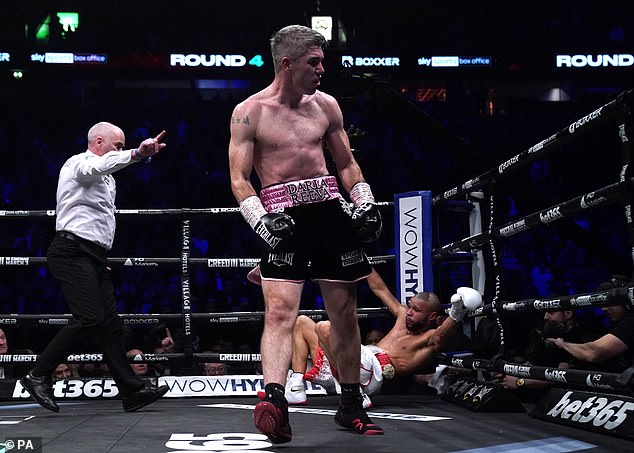 Smith, however, has since apologised for his comments in the build-up to the all-British fight.

‘I fully regret it, and it’s come across so wrong in the way I played [it] out and wanted it to be,’ Smith told talkSPORT’s Jim White and Simon Jordan.

‘It shouldn’t have been said anyway, but it was a press conference and it was kinda… there’s cameras and like I said there’s millions of people watching. So I fully regret the whole buildup and I apologise to anyone who took offence by it.

‘I’m not a homophobe, I come from a good family.’ 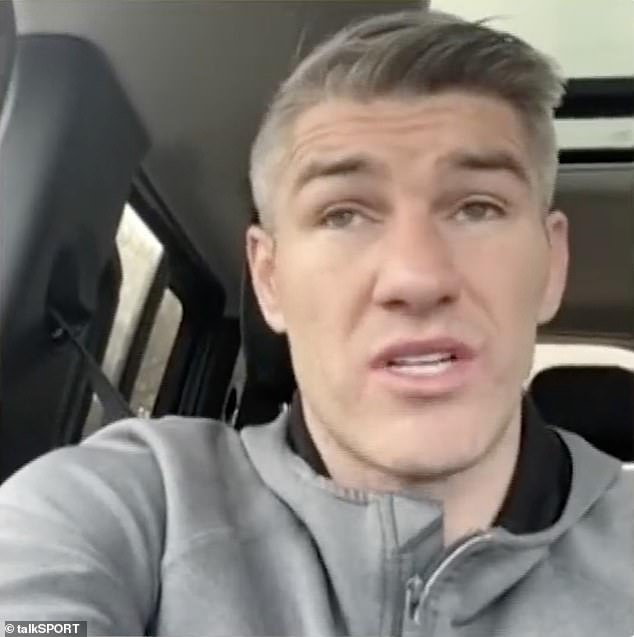 Sky Sports presenter Anna Woolhouse was forced to apologise for ‘offensive’ and ‘homophobic’ language used throughout the press conference.

Smith said to Eubank, ‘Do you have something you want to tell us?’ to which Eubank said: ‘It’s a very personal question to ask me directly. You can slide in my DMs or you can do it right now.’

Smith then responded: ‘I’m not that type of way, mate, I like women.’ 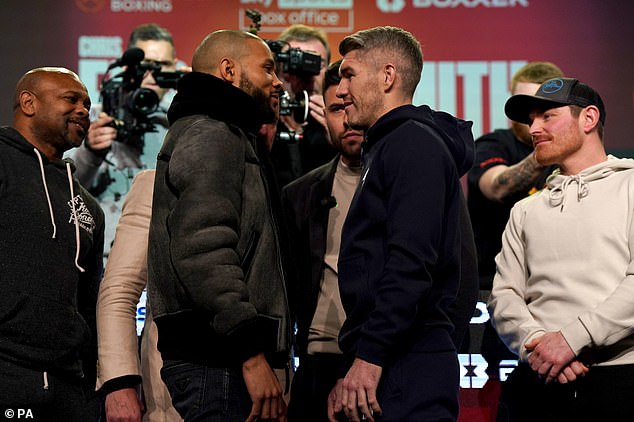 Later in the press conference, Eubank accused his impending opponent of cheating on his wife ‘on occasion’.

He said: ‘If you wanna get dark and personal with it, talking about being gay and do I like girls? I’ve been told by multiple sources that you cheat on your wife on occasion.

‘So glass houses mate. Let’s just relax on the personal stuff. I’d rather be gay than a cheat.’

Eubank Jr also responded to Smith’s bizarre ‘you’re gay’ jibe from his upcoming opponent Liam Smith by wearing an armband in support of the LGBT+ community. 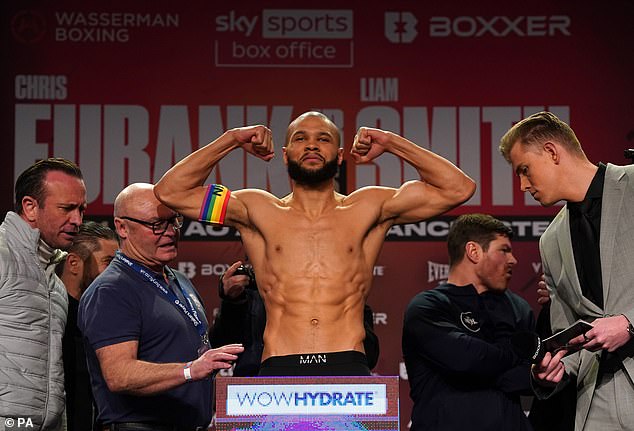