Conor McGregor was the first to heap praise on Katie Taylor after the Irish boxer produced a dominant display to beat Cindy Serrano in Boston and retain her world titles.

The MMA superstar gave Taylor a pre-fight prep talk in the dressing room and watched from ringside as she dismantled her former world champion opponent.

McGregor was clearly impressed and went back to Taylor’s dressing room to personally congratulate her on the victory before later lauding her on social media. 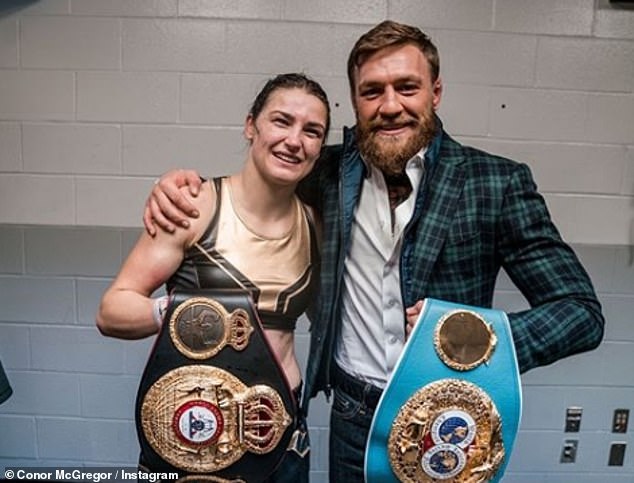 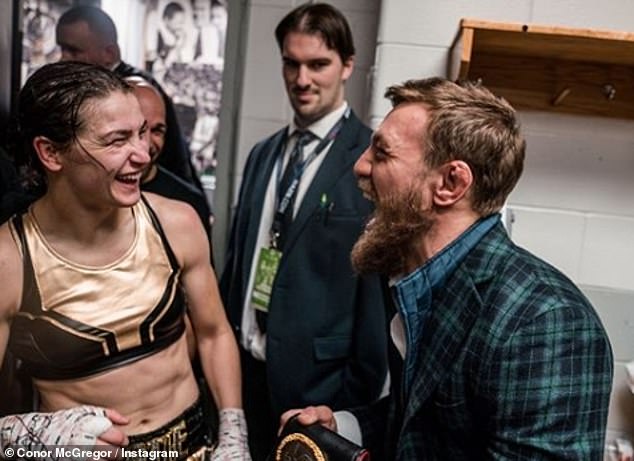 ‘What an honour to watch our very own Katie Taylor live tonight in Boston!,’ McGregor wrote on Instagram.

‘Congrats Katie and her coach, promoter Eddie Hearn and manager Brian Peters you both better be making sure our champion is looked after and guided fairly and correctly up that money tree as her activity is constant and consistent.

‘This lady is an asset and should be treated as such. We are watching. Great work team Katie!’ 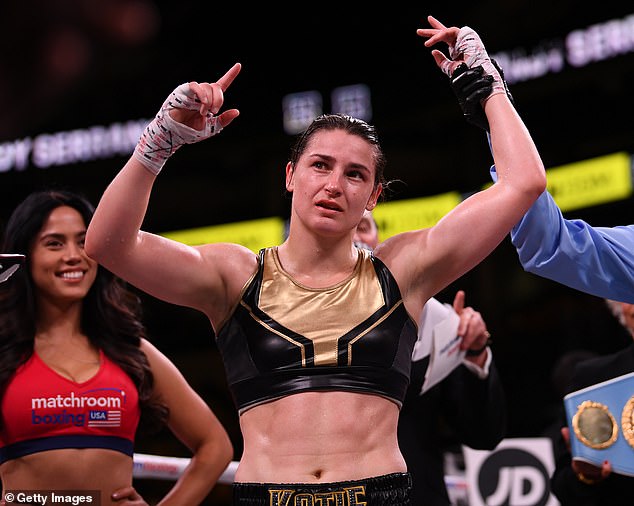 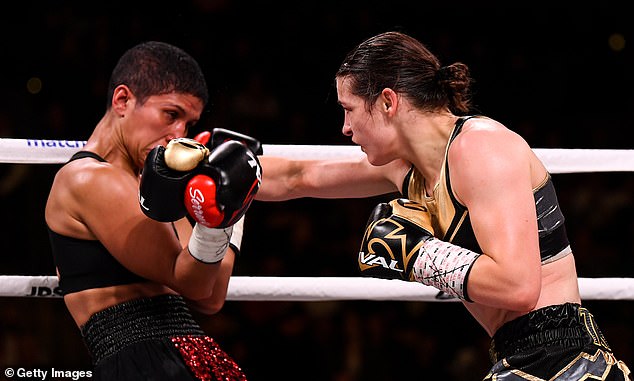 Serrano was by far the most accomplished fighter Taylor has faced in her 11-fight professional career, but dominated the contest from start to finish to take a lopsided unanimous decision win, with all three judges returning scorecards of 100-90.

The Bray superstar started rather tentatively and bided her time, but was the busier of the two fighters to take the early rounds.

As the fight wore on Taylor began to find her range and the trademark combinations began to flow. At one point in the seventh round Taylor even dropped her hands and goaded her opponent in as a demonstration of how easy she was finding it.

She landed several eye-catching left hooks flush during the fight, but Serrano – who has never been stopped in her professional career – proved her toughness by remaining upright and surviving the 10 rounds. 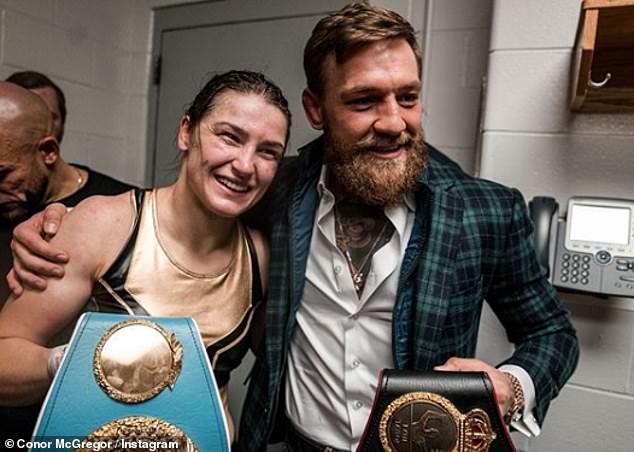 But the evening belonged to Taylor, who came through her hardest test to date with flying colours to get the win and cement her place as the women to beat in the lightweight division.

Serrano’s younger – and more successful – sister, Amanda – who is also a six-weight world champion – was in attendance for the fight and is now eyeing a potential blockbuster clash with Taylor next year.

She wrote on Twitter: ‘Congrats to Katie Taylor for her win tonight against my sister Cindy.

‘I hope I get my shot. I promise it will be a Toe 2 Toe WAR! I’m not going nowhere! I think it will be 1 of the Biggest Female fights. Make it happen!’

Taylor is expected to box once more this year either in London or in America before considering Serrano’s challenge. 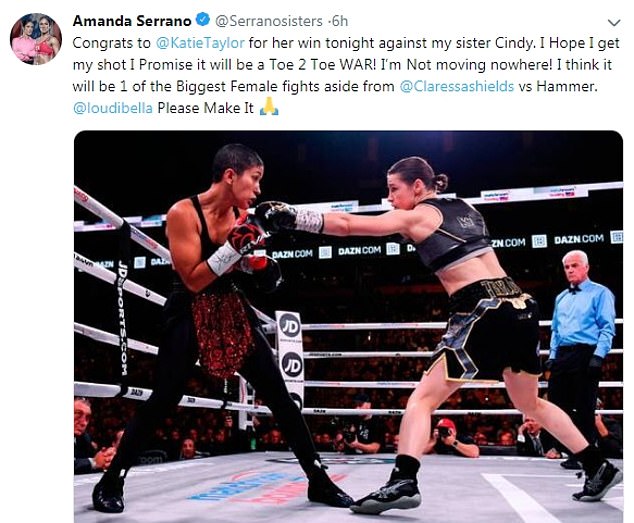 Serrano’s younger sister Amanda, called Taylor out after watching the fight from ringside