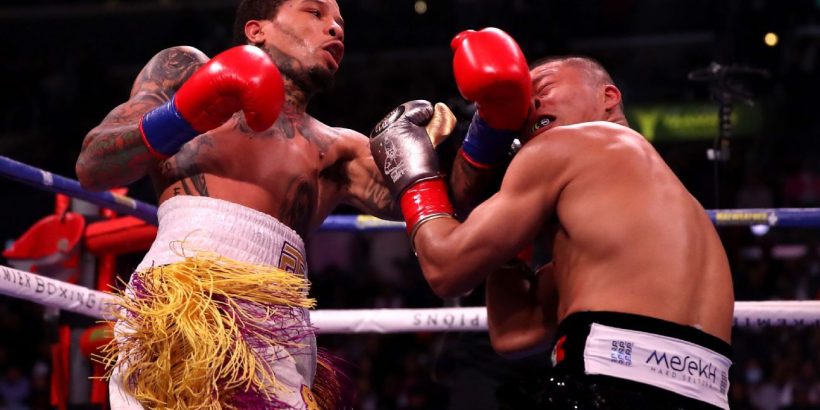 LOS ANGELES — Gervonta Davis shot to stardom with the support of Floyd Mayweather and a bundle of explosive knockouts.

“Tank” had his promoter and mentor watching from ringside, but the fight-ending shot never materialized. In fact, Isaac Cruz, a major underdog from Mexico, never appeared to be in any danger at all.

Davis didn’t deliver the kind of spectacular performance fans were expecting, but he remained undefeated with a tougher-than-expected unanimous decision victory over Cruz on Sunday before an announced attendance of 15,580 at Staples Center.

Two judges scored it 115-113 with a third tally of 116-112 for the Baltimore native, who retained his WBA “regular” lightweight title.

“I hurt my hand so I couldn’t get him out of there,” said Davis, a southpaw who barley threw a left hand over the final two rounds. “I was throwing down and I hit him on top of the head; I messed it up.”