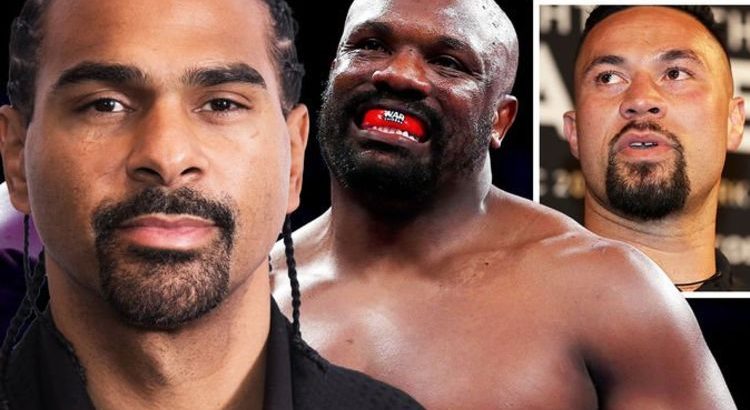 David Haye reveals his best heavyweight in the world

British boxing icon David Haye knows Dereck Chisora is running out of time to have a shot at a world title but he expects fireworks from the 37-year-old against Joseph Parker on Saturday night. Chisora has enjoyed a decorated career in boxing and will undoubtedly go down as one of the most respected boxers in British history.

He’s been written off on many occasions in the past few years as he reaches the twilight of his career but Chisora’s recent performance against Oleksandr Usyk – despite a loss – earned him high praise and a another main event slot.

Chisora’s next test comes against New Zealand boxer Parker, who is on his own road to redemption following back-to-back defeats to Anthony Joshua and Dillian Whyte in 2018.

At 29 years of age, Parker too wants to throw his hat in the ring for a potential world title shot again after losing his WBO belt to Joshua little over three years ago.

Parker will be the over-riding favourite against ‘Del Boy’ come Saturday in the Manchester Arena, a night which will also see Katie Taylor, Campbell Hatton and Chris Eubank Jr fight on the same card. 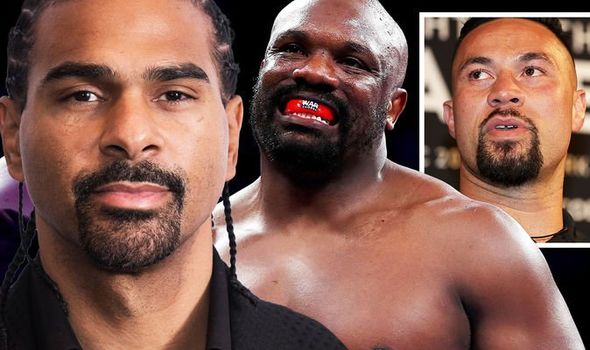 Haye, who is Chisora’s manager, knows his compatriot will have to be fully aware of the danger Parker possesses.

But Haye is confident that Chisora is in the right condition to cause an upset at the weekend and knock out the Kiwi heavyweight.

“All you’ve got to do is watch Dereck’s last fight and you’ll see that he’s got a new vigour about him.

“He knows this is last chance saloon for him. He’s had many fights over the years and he does not want to let himself down and credit to him because he started training nice and early.

“He’s got a young, hungry fighter in Joseph Parker who’s a former heavyweight champion of the world. A guy who gave Andy Ruiz Jr – the guy who famously knocked out Anthony Joshua – his first ever defeat.

“Obviously he lost his title on points to Anthony Joshua but for Dereck to grind down and knock out Joseph Parker – which I believe he has to do – it’s a tough ask but if anyone can do it then it’s someone like Dereck. 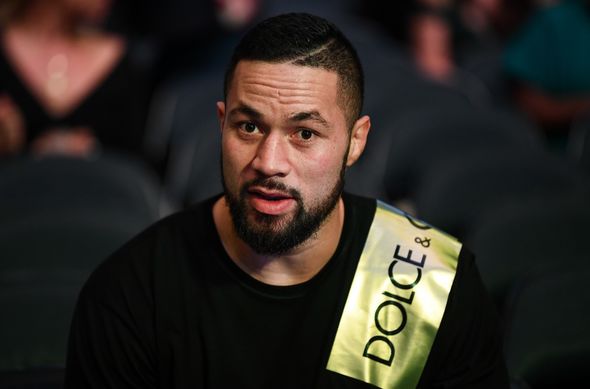 “When ever you start doubting him, he seems to upset the apple cart and this time is no different.

“I think both the styles gel well. Parker is a slick boxer, he’s got a great jab, tremendous right upper-cut and right cross and Dereck has to stay away from those two weapons.

“If he can stay away and put the pressure on Parker then I think he can grind him down.

“If you have a boxing match with Parker, he’s a master boxer so Dereck will somehow have to get past that jab and to do that we’ve brought in young Daniel Dubois who’s got a great jab and he’s trying to give himself the best chance of victory.”

Haye added: “He’s [Chisora] coming off one loss. The fact he’s got an opportunity like this against Parker off the back of a loss shows that people in the business understand that his efforts against Usyk deserved another big fight.

“This time around, he doesn’t want to leave it to the judges. He’s going for the stoppage, he’s going out there all guns blazing.”