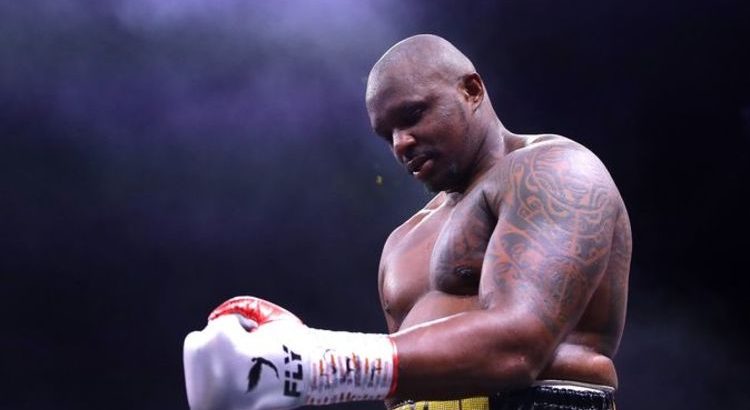 Tyson Fury compares himself to Muhammad Ali in 2015

Dillian Whyte has doubled down on labelling Tyson Fury a ‘coward’ as he bids to fight for the WBC heavyweight title. Whyte, 33, is the mandatory challenger to Fury’s belt, and providing he beats Ollo Wallin on October 30 will be next in line to finally face ‘The Gypsy King’.

It’s a bout that Whyte has publicly sought for years, frequently accusing Fury of neglecting WBC orders in order to avoid a clash with ‘The Body Snatcher’.

Indeed, on his official Twitter page, Whyte has pinned a Tweet first written in June 2020 which reads: “Gypsy Tyson Fury Coward always conning the public, you forget I’ve put you down lots before & watched you pathetically sobbing on the canvas, you ran away last year when WBC boxing ordered you to fight me anytime anywhere anyhow.”

Whyte signed off the tweet with the hashtags #FakeTyson and #Coward, and he took to social media again in September when Fury, whilst promoting his trilogy fight with Wilder on BT Sport, said: “Dillian Whyte, that’s definitely going to happen in December, I’m gonna splatter him for sure.”

In response, Whyte made reference to Fury’s past problems with cocaine by tweeting “I see gypsy coward is back on the white lines again #DONTDODRUGS.”

It’s been a long standing war of words between the British fighters, with Whyte’s pinned tweet a reference to his claims that he had knocked out Fury, also 33, during a previous sparring session.

At the time, Fury replied in equally cutting fashion, telling Whyte to ‘come back when you achieve something’ and taunting his rival by saying he was only famous for ‘getting chinned’ by Anthony Joshua.

Fury was citing Whyte’s first professional career defeat in December 2015, when Joshua stopped him in the seventh round at the O2 Arena in a bout for the then vacant British title.

Whyte however, worked his way back from that to become mandatory challenger for the WBC world crown in 2020, but his ambitions were rocked in August that year then he was on the wrong end of a fifth round knockout against Alexander Povetkin.

He duly avenged that loss seven months later, returning the favour to the Russian fighter by brutally flooring him in the fifth, and now his fight with Wallin will be critical to his hopes of an all-British bout with Fury.

Whyte will return to the O2 Arena to put his WBC interim title on the line against the 30-year-old Swedish fighter, who was outpointed by Fury in September 2019 despite the latter nursing a bad cut above his eye for much of the fight.

Last week, the potential of Whyte and Fury finally settling the feud in the ring was increased by Fury’s promoter Bob Arum, providing the Brixton man prevails against Wallin.

“That could be a big, big fight for Tyson, particularly if we held it in UK,” he told told iFL TV.

“That is not out of the question, Dillian Whyte is a capable heavyweight and a fight against Tyson Fury or Wilder (or) whoever wins would be a very interesting fight.”

Both Anthony Joshua and Oleksandr Usyk are out of the equation in the immediate future for Fury, after Eddie Hearn confirmed ‘AJ’ had triggered his rematch clause to face the Ukrainian again.

That bout is expected to take place in spring 2022.