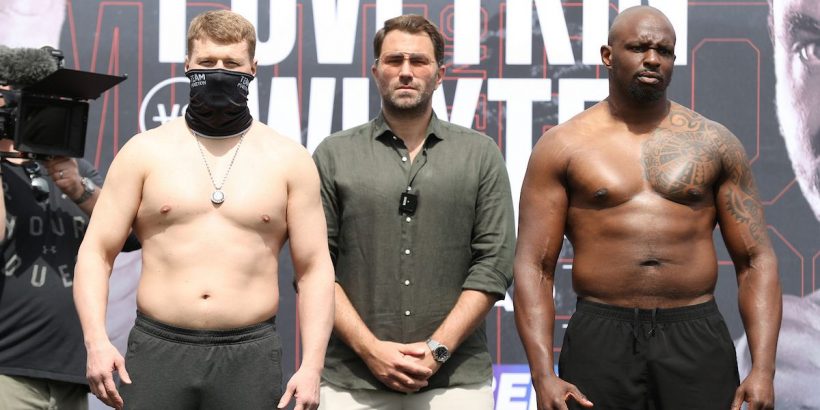 Dillian Whyte will bid to prove he is not a heavyweight myth in the shadows of the Pillars of Hercules on Saturday night.

Gibraltar is known for its tax benefits, the big rock and the strait of the same name where the Atlantic Ocean meets the Mediterranean.

On Saturday night, it will play host to just the second professional boxing card in its history.

Whyte will go for revenge against Alexander Povetkin in this British overseas territory seven months on from his brutal knockout at the hands of the Russian in promoter Eddie Hearn's back garden.

That night all the talk from his team that he was among the elite heavyweights was proven to be just mythology as he lay flat on his back almost in the shrubbery of the old Hearn family home.

A repeat of that by the strait Hercules created according to Greek folklore would mean his title hopes are history.

Whyte can't let Povetkin land that left uppercut which rocked his senses and world title dreams in the summer again.

But while many businesses use the territory to help their finances, Whyte's heavyweight stock won't rise too much should he get revenge over Povetkin.

The Russian has turned 41 since they last met and also had a spell in hospital battling Covid-19.

The fact he looked a shadow of his former self in the first four rounds and struggled to stay upward can't be forgotten.

It is two-and-a-half years since defeat at the hands of Anthony Joshua should have sent the 2004 Olympic gold medallist into retirement.

What is left are the technical gifts which caught Whyte cold back in the summer, though.

But beating Povetkin would not prove Whyte's credentials as a world-class heavyweight.

Yet victory would at least spare him from embarrassment after all his claims about being an uncrowned world champion.

After he laughed on camera at Deontay Wilder for getting beaten up by Tyson Fury in February and then moaned about critics taking joy in his defeat by Povetkin, it seems Whyte is keen to avoid being left red faced again.

Of course, revenge will be sweet for Whyte but back in August when they met there was the carrot of a guaranteed shot at WBC champion Fury dangling for the Brixton bruiser.

This time, even with the WBC 'interim' belt on the line, there is no guarantee of a world title crack in the near future.

Fury is set to be tied up in a two-fight deal with Joshua which could stretch well into next year.

The WBC have shown no signs they would be prepared to take their belt out of that lucrative two-bout affair.

This certainly feels like a fight of big risk and not as much reward if you ignore the pay cheque on offer.

Whyte has stayed on a multi-million pound yacht this week which also houses a casino.

But the biggest gamble by him will take place at the Europa Point Sports Complex on Saturday night.