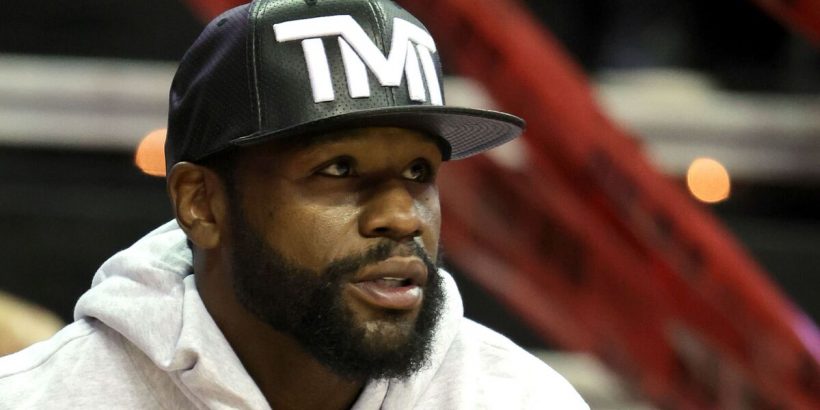 Boxing icon Floyd Mayweather will fight Geordie Shore star Aaron Chalmers at his next exhibition bout. The American will compete in the UK for the very first time next month and his opponent has now been revealed.

Muay-Thai champion Liam Harrison pulled out of the O2 Arena bout on February 25, and Mayweather has announced that he will face Chalmers.

The Newcastle native is best known for his stint as a star on MTV reality show Geordie Shore as well as a number of others, but has a fighting background in MMA under the Bellator and BAMMA banners, and recently won on his boxing debut.

JUST IN: Anthony Joshua agrees April fight with next opponent as he aims to avenge Usyk defeats