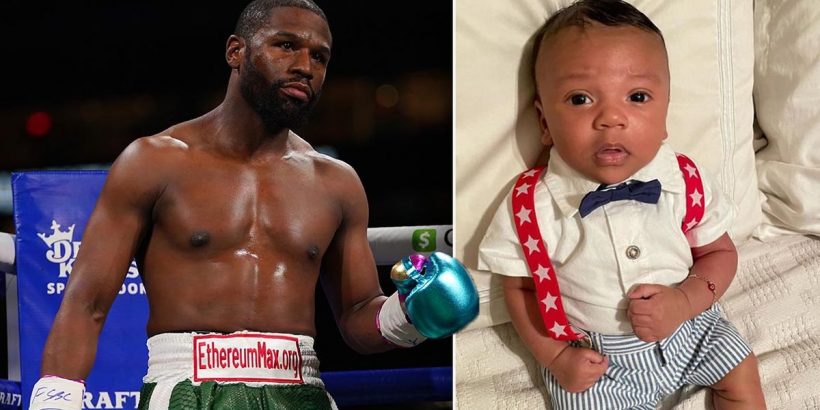 Floyd Mayweather recently posted a photo of one of his grandchildren posing with clenched fists and told his fans “My other grandson ready to box.”

The Mayweather family has long been one of boxing’s most celebrated family dynasties.

Floyd’s father, Mayweather Sr, enjoyed a stellar career as well, and retired with a record of 28-6-1.

It seems Floyd Jr, the highest-earning boxer of all time, is focussed on continuing the Mayweather boxing dynasty and sent fans into meltdown last night with an Instagram post of one of his grandchildren.

Mayweather shared an image of one of his grandson’s posing with his fists clenched like a boxer and captioned the post: “My other grandson ready to box.”

While it is unclear which of Mayweather’s grandchildren is in the photo, fans celebrated the news in the comments section.

Another joked that the toddler was “Taller than his granddad already.”

Do you want to see Floyd Mayweather box again? Let us know in the comments section below.

Mayweather most recently boxed on June 6 at the Hard Rock Stadium in Miami against social media superstar Logan Paul.

While the former Olympian was expected to knock out Paul without breaking much of a sweat, the contest went the full eight rounds.

Due to the bout’s unique ruleset, no winner was declared and while some suggested Mayweather wasn’t trying at all and could’ve ended the fight whenever he wanted, others argued Paul had claimed the moral victory.

Since the bout, while Mayweather has contended that he will likely never box again, the older of the Paul brothers has called for another contest with Mayweather and told TMZ he would knockout ‘TBE’ if they fought again.

“Let me ask you what you'd rather see – Jake Paul vs Floyd or me vs Floyd again?

"Because, let me tell you something, if I fight Floyd again, I promise I'll knock him out

"I've got him figured out. I got it. At the end of the eighth round he was breathing heavy, I was coming alive.