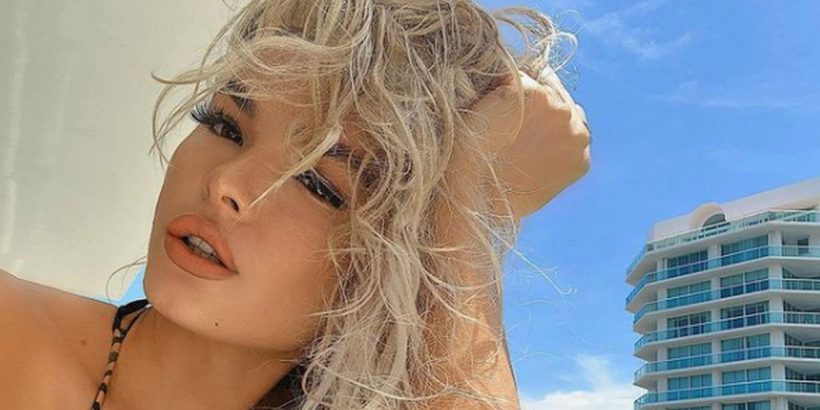 Floyd Mayweather’s fiancée Anna Monroe has stunned her 81,000 Instagram followers after the British dancer shared a photo posing in a tiger-print bikini at a luxury resort in Miami Beach.

Monroe is the lead dancer at Mayweather’s strip club Girl Collection, and the couple reportedly become an item over the last year after meeting at the venue.

The pair had reportedly been “seeing each other on and off for a while, whenever Floyd decides,” a source revealed to The Sun. However, since they've been seen on holidays together in Santorini, Paris, Iceland and Abu Dhabi, and have grown much closer.

Despite their close relationship, Mayweather recently told Monroe to leave his mansion prior to his recent clash with social media star Logan Paul, with the boxer choosing to abstain from sex during training camp.

While Paul clearly lacked the fighting pedigree of Mayweather’s previous opponents, the 44-year-old appeared to still take the contest seriously, after kicking Monroe out of his mansion in order to adhere to the strict training regime he followed for his professional career.

Mayweather, who retired with an unblemished 50-0 professional record, faced Paul in an eight-round exhibition boxing match that took place on June 6.

What did you think of Floyd Mayweather's performance against Logan Paul? Let us know in the comments section below.

While the former Olympian was expected to knockout Paul without breaking much of a sweat, and in spite of his strict training regime, the contest went the full eight rounds.

Due to the bout’s unique ruleset, no winner was declared and while some suggested Mayweather wasn’t trying at all and could’ve ended the fight whenever he wanted, others argued Paul had claimed the moral victory.

Since the bout, Mayweather has stated he will never box professionally again. Despite calls for him to retire from boxing altogether, the former welterweight king did not rule out the possibility of another exhibition bout somewhere down the line, provided the price is right.