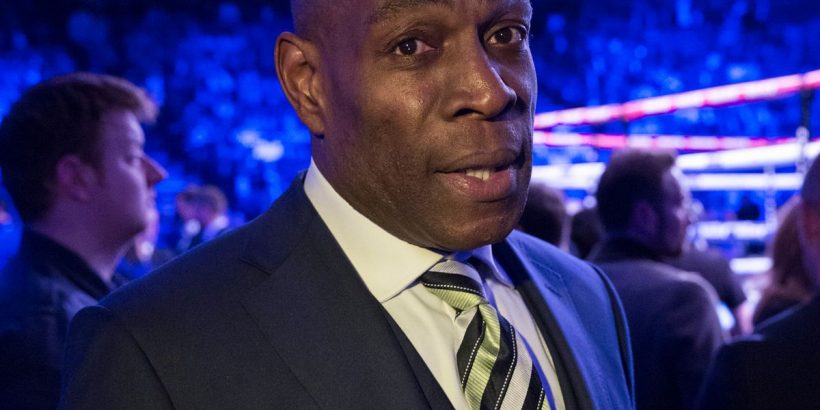 Frank Bruno has sensationally revealed that he has been offered a return to the ring against Roy Jones Jr.

However, the 59-year-old has had to turn down a chance to fight again due to his vision.

The British boxing legend has not fought since 1996 when he lost to Mike Tyson in Las Vegas.

That was his first title defence of the WBC heavyweight belt after winning it off Oliver McCall, though part of the contract insisted that he would have to face Iron Mike next.

It only took three rounds for the Baddest Man on the Planet to defeat Bruno – and he did so in devastating fashion.

The Brit was dealt a brutal eye injury and doctors told him he could not fight again or risk going blind which led to his retirement.

And the legend of the sport has admitted that he has been called up to return to the ring in recent times, with James Smith also interested in a rematch.

Bone-Crusher was the first man to defeat Bruno in the ring, knocking him out in 1984 but it is the clash against Jones Jr that would have caught the world's attention.

“My office gets some interesting calls,” Bruno admitted.

"Today, do I want an exhibition match with James Bone-Crusher Smith.

"Two weeks ago it was Roy Jones Jr. I would love to fight but my eyes are not good and sadly we had to decline. I am disappointed.”

Jones Jr fought Tyson in the ring last November in an exhibition clash that saw the two fighters come out of retirement.

After going the full eight rounds, the fight ended a draw with three judges giving the following scores – Chad Dawson (76–76 draw), Christy Martin (79–73 for Tyson), and Vinny Pazienza (76–80 for Jones).