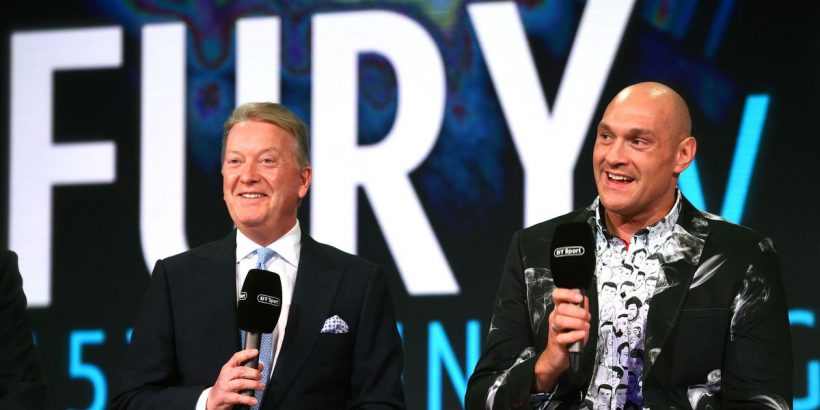 The most important topic in the boxing world right now is, quite rightly, Tyson Fury’s attempt to unify the heavyweight division by beating Anthony Joshua.

There has been back and forth between Bob Arum and Eddie Hearn in the press this week but let me tell you how it is.

We remain hopeful that something substantial comes to fruition, and all parties are set for a busy weekend trying to sort this whole thing out.

The worst case scenario is we have to explore other options, but I hope that’s not the case.

Fighters cannot just wait around forever, and It’s very near judgment day for this particular fight.

So, as we all work for a deal to be signed, sealed and delivered, let’s clear up some of the inaccuracies which have been going round online.

Firstly, of course we want this fight to happen, why wouldn't we?

It's the biggest event in sport at the moment.

Secondly, Fury has been clear he believes he will beat Joshua easily so he is ready to take it, there's no issue there.

It's the money fight, too. So why would anyone involved not want it to happen?

What has been frustrating, for lots of reasons, is the manner in which the potential deal has been thrashed out in front of the media.

But back to what matters, the sport – there is a bottle neck right now in heavyweight boxing and it’s important it gets resolved as soon as possible.

We have Joe Joyce chomping at the bit to get in the ring with Oleksandr Usyk and that can only happen once Fury against AJ is sorted.

Daniel Dubois is another heavyweight who returns soon in a battle for the WBA interim title, and he is another who will eventually benefit from the confusion at the top of the division being cleared up.

Fingers crossed we can all put our heads together and fans can start looking forward to one of the biggest fights of all time.