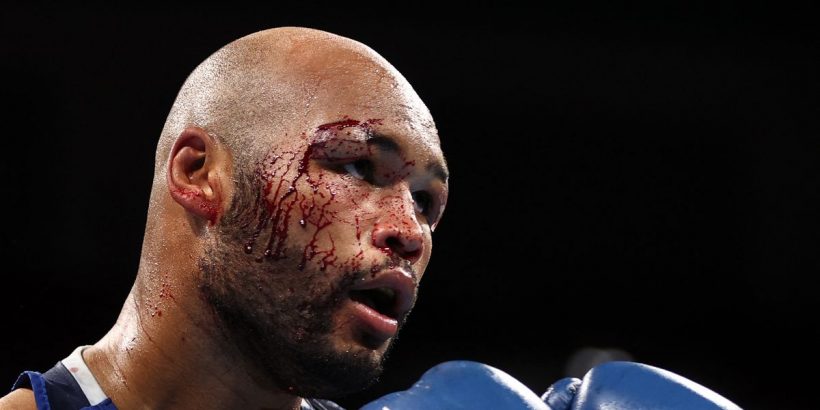 Frazer Clarke continues the remarkable British heavyweight production line, the third Olympic medallist in a row to turn pro and the fourth following Audley Harrison at Sydney in 2000.

Clarke might easily have claimed silver or even gold in Tokyo, it was that close. Nevertheless bronze, to go with his two European Union golds, Commonwealth gold and European silver identified him as a world class prospect.

The decision to turn pro as a Sky fighter is brilliant for both parties and gives him the platform to emulate Joe Joyce and Anthony Joshua and become a major star.

His new team is right to target a fast start, and not necessarily because he has already turned 30. That’s a baby in heavyweight terms.

The bigger men age more slowly, free as they are of the imperative to shed weight, which is a real bonus.

He will have sparred loads with Joshua, Joyce and Daniel Dubois in the amateurs. That is where he did is learning.

He has fought the top Americans, Africans and Europeans in the amateurs so he has the experience to cope and is used to the intensity of top level sport.

The big difference turning pro is the size of the gloves. Because the gloves are smaller with less protection you feel the punches a lot more.

In the amateurs you can get on your toes and avoid being hit, but in the pros that is not so easy over 12 rounds and you feel every blow. Some cope, others don’t. It really sorts the men form the boys.

Clarke has good fundamentals. He is an aggressive, attacking fighter. He comes to get you, which will make him a crowd favourite straight away.

If I were him I’d be wanting at least half a dozen bouts in the first year. And I would start against good opposition because he has the pedigree.

Activity is the most important thing at this early stage, a fight every other month is ideal, which is essentially a continuation of life as an elite amateur.

And by keeping busy you are always in shape.

He is a big, charismatic, good-looking, 21 st Century heavyweight who I’m sure Sky will want to move on aggressively after his debut on the Khan/Brook under card next month.

The target appears to be a world title inside five years. I would not be surprised if he were challenging quicker than that given his pedigree and the way the division is shaping.

It’s an exciting time for him and the British heavyweight scene.