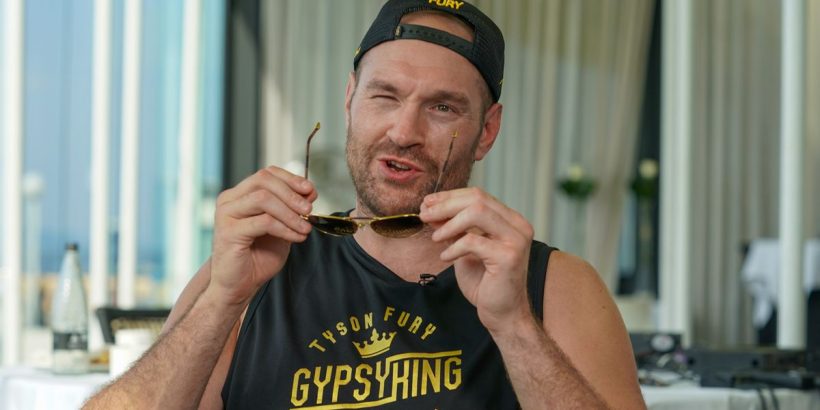 Tyson Fury has a bucket list of four fighters he wants to get through before he hangs up his gloves.

And the Gypsy King has outlined the order he wants them to happen ahead of his WBC title defence against Deontay Wilder on October 9.

Fury, 33, takes on the American next month at the T-Mobile Arena in Las Vegas.

It is a contracted third fight which scuppered a summer showdown with WBA, IBF and WBO champion Anthony Joshua.

But Fury now reckons that clash won't happen until next year at the earliest as he eyes Dillian Whyte for December.

Then he wants two fights with Joshua before finishing his career against Derek Chisora, although the latter he has already beaten twice and may be retired by that stage.

“I have a bucket list and my next four fights,” he said. “I am going to have a December fight because Joshua won’t happen then.

“It is Wilder on October 9, Whyte in December in a stadium and I will shut him up.

“Then Joshua in March in Saudi Arabia and then a rematch back here in Wembley.

“Then I will fight Chisora in my fifth and final fight.

Will Tyson Fury win the rematch against Deontay Wilder? Let us know in the comments section.

“It’s been a long time since I boxed here and I want to do a stadium fight.

“Lets hope AJ does not start asking for silly money that doesn’t exist because he will lose the fight.

“Wilder on October 9, Whyte in December, AL in March in Saudi, rematch in September and then good old Del Boy to finish it off.

“Then I might take two years off and go nuts again and then come back at 37 and do it all again. Because you cannot write me off.”

But for Fury's wish list to come true he can't afford a slip up against Wilder next month.

The self-proclaimed Gypsy King stopped Wilder in seven brutal and one-sided rounds back in February 2020.

But the Covid-19 pandemic has continually pushed this third meeting back even when it looked like Fury would skip it to face Joshua.

The unbeaten Morecambe-based puncher has been criticised for inactivity but he isn't bothered.

He said: “Defending belts is not important to me, it's sheep's opinions and I am a lion of the jungle, I don’t lose sleep about what other people think.

“I have made a fortune and gone unbeaten, I have made many people rich and my train keeps moving along, like a fine wine or malt whiskey.”

Wilder, 35, will be desperate to get revenge for his only career defeat and sacked trainer Mark Breland after he threw in the towel during the February 2020 bout.

Fury said: “Wilder has had time to get over the beating and has a new trainer and more bag carriers and yes men.

“I think he will come in fired up but after one round he will realise he is back where he started.

“I am the most devastating puncher in modern boxing now because I took his punches and then knocked him out.

“I said I would drop him out and smash him and I did.

“This time I am going to do it even faster so we can get out on the drink.”

They will jet out to Las Vegas on September 18 to finish camp ahead of the October date in Sin City.

Fury added: “Sugar Hill loves Morecambe he is an honorary Lancastrian, he always brings the best weather in September.

For more info go to www.bt.com/sportboxoffice