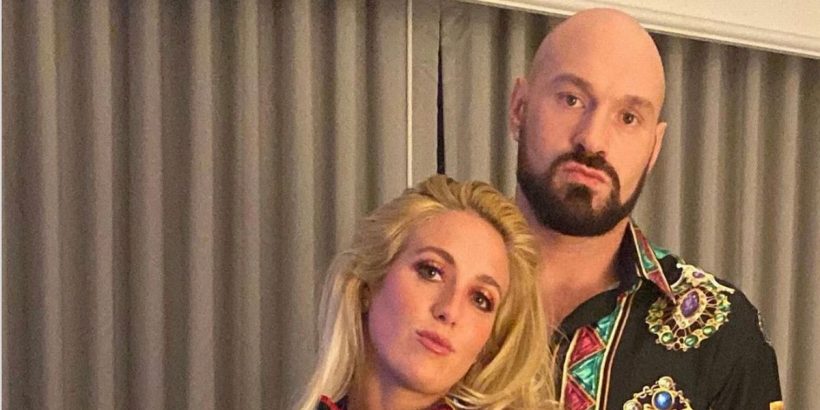 Tyson Fury's pregnant wife, Paris Fury, has flown over to Miami, following her husband being pictured with fans clad in bikinis last week.

The Gypsy King is currently in Florida at a training camp for his upcoming bout with fellow Brit Anthony Joshua – however, that fight appears to be in doubt following the latest reports.

The snaps appear to have landed Fury in hot water with his wife, who has now flown out to visit Fury stateside.

"Looks like the GK is in Mrs Paris Fury's bad books!" Fury shared through an Instagram story.

"Wedding ring off," he concluded.

The WBC heavyweight champion joked he was in his wife's 'bad books' after she was posted on social media without her wedding ring – but, she has since posted with it back on.

Fury, on the other hand, was quick to criticise the pictures posting: “I took a thousand pics yesterday at Fountain Blue but they only show the girls, haha."

In his book Behind the Mask Fury opened up about his relationship: “It’s not been easy, but Paris understands me and I understand her and what I think is this – all men are the same.

“We’re all a***holes anyway so you're better off with the devil you know than the one you don’t.”

The Gypsy King has been training alongside his brother – and reality TV star – Tommy Fury, who was also present when the photos were snapped.

Fury hasn't stepped inside the ring since he beat Deontay Wilder via TKO in February 2020.

He was set to return against Joshua, but contractual issues with Wilder could prevent that fight from occurring.

READ MORE: Tyson Fury's comments could come back to haunt him as Anthony Joshua in 'serious doubt'