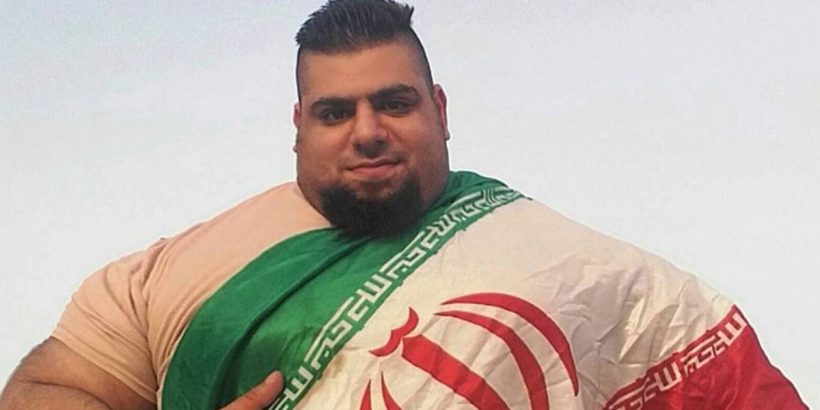 The Iranian Hulk has ripped into the World's Scariest Man, Martyn Ford, for being a “cowardly opponent” and has named who he wants next.

The two were set to meet but have since been embroiled in a war of words after it was cancelled, with Ford recently saying he was scared his opponent would kill himself if he lost. But he hit back, and said he has now set his sights on the Kazakh Titan.

The viral star, real name Sajad Gharibi, told Daily Star: “I'm here for the match, I'm here to fight to show that I'm not like that cowardly opponent, and I'm not looking to be seen like anyone else. I am a soldier of my homeland Iran.

He added: “I came here a few months away from my family and endured all the hardships to prove just one thing.

“I came to fight, not for a follower, not for fame because I had it before and I do not need it. I hope this time is not for the margins and the followers.

The defiant fighter added: “Thank you all my fans around the world. Hulk is back.”

The comments come after Ford said that he was scared Hulk – real name Sajad Gharibi – would take his own life were he to lose their fight. "I have genuine concerns about his mental health and how he’s feeling. It is who I am. I can't fight someone whoI genuinely believe can take his own life after the fight," Ford told theMirror.

Ahead of the fight, The World's Scariest Man and Hulk met face to face in Dubai, but the meeting ended badly when Ford pushed the Iranian and sent him falling backwards. Gharibi appeared on TV shortly afterwards, quoted as saying by The Sun: "I cannot call my family; when I returned I didn't go to my family.

"I can't talk to my father and my mother, when I spoke to her, said: 'The person in this video that I saw was not my son, my son is way stronger than this'. It hurts my heart when I can't talk to my family. I have lost my pride and I am destroyed. How can I explain?"

The 30-year-old has set his sights on a new target. Hulk said he was recently called out by a fighter called Kazak Titan “who called me to war”.

He was quick to add that this time he wanted to get out in the ring, rather than go through the buildup for what he saw as the wrong reasons.