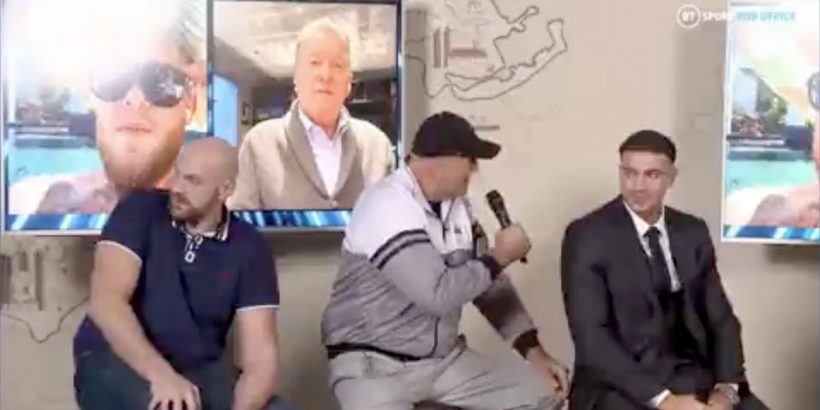 Jake Paul has sensationally claimed that he's earned more money from boxing this year than Tyson Fury has.

The former YouTube star is stepping in the ring with Tyson's brother Tommy next month, and the two have been clashing on social media ever since the bout was announced in October.

During their pre-fight press conference on Wednesday, both fighters had the chance to trade insults in person, albeit with Paul appearing via video-link.

Tommy was joined by Tyson and his father John, and the three of them took turns ripping into Paul.

At one point though, Paul claimed to have earned more money than heavyweight champion Tyson in the past year, before John quickly changed the subject.

When asked about whether he admired Paul's ability to hype a fight, Tyson said: "He hasn't really done anything."

Interjecting, Paul said: "Well I've made more money boxing this year than you so that's something.

"Just two months ago you were saying 'oh Jake's some fresh air, we love what he's doing', so make up your mind."

Paul hit back saying: "I've made more money than you boxing this year and you're the heavyweight champion of the world."

"I doubt that very much," Fury replied.

Will Tommy Fury knock out Jake Paul next months? Let us know what you think in the comments section below…

"Let's go head to head then, how much did you make this year from boxing?" Paul said in response, before John Fury stepped in to move the conversation on.

Paul, 24, has had two matches so far in 2021, earning an estimated £2 million from fight purses alone.

While he'll have likely earned a lot more through sponsorships, Fury is believed to have made at least £22 million from his trilogy fight against Deontay Wilder in October.