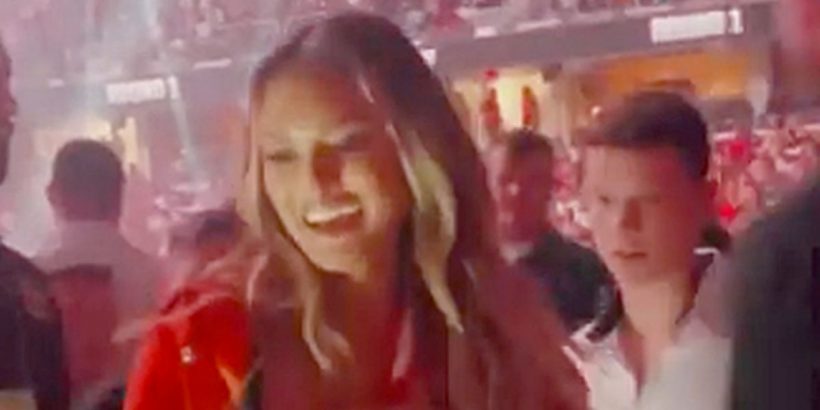 Jake Paul's girlfriend Julia Rose threatened to steal the limelight from his victory over UFC star Tyron Woodley as she was mobbed by fans at ringside.

A queue of supporters lined up to take pictures with Rose ahead of her Youtube star boyfriend's fourth professional fight in Cleveland, Ohio.

The model can be seen posing for the cameras on her Instagram story, with some fans seemingly left disappointed as she walked away.

She also posted a message of support for Paul on social media before the fight which saw Woodley lose on a split decision in his pro boxing debut.

She wrote: "All of the blood, all of the sweat, all of the sacrifice. No one could do what you do. Now let's go to war baby."

Former UFC Welterweight Champion Woodley rocked his opponent in the fourth round with a hook that sent him back onto the ropes.

But he failed to capitalise on this and ultimately Paul regained his composure and navigated the rest of the bout without much concern.

Should Jake Paul and Tyron Woodley fight again? Let us know in the comments section.

That meant the so called Problem Child left his home state of Ohio with another win under his belt to add to the successes against fellow YouTuber AnEsonGib, former basketball player Nate Robinson, and another ex-UFC, star Ben Askren.

Paul has been romantically involved with Rose, 27, since early 2020. She rose to online prominence following an appearance on MTV’s reality show 'Are You the One?'.

And she recently changed her Instagram handle to 'juliarosepaul', leading fans to wonder if the pair had tied the knot.

However, in a recent appearance on Stephanie Haney’s 3 Things to Know podcast, Paul rubbished the rumours, but explained he does “plan on proposing sometime soon.”

“We are not married. But I see that coming, for sure. I got her a nice promise-ring-slash-pre-engagement ring.

"I plan on proposing sometime soon. But we’ll see what happens,” he said. “We’re in love. It’s pretty dope.”