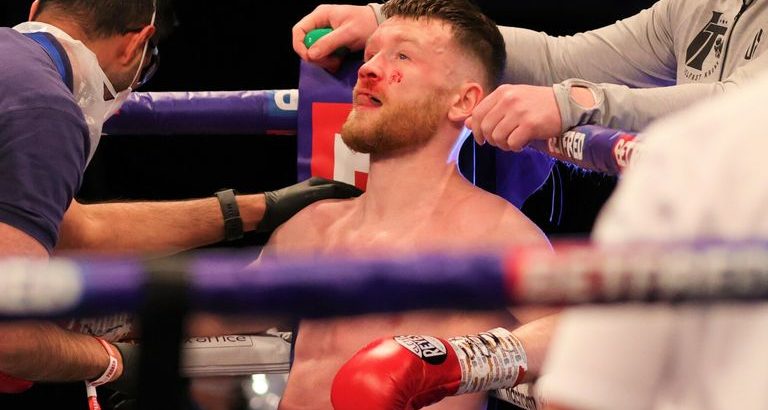 James Tennyson was dropped and stopped as Jovanni Straffon produced a stunning first-round victory to claim the IBO lightweight belt in Manchester.

The Belfast man was stunned by an early onslaught from Straffon, who dropped Tennyson heavily and then forced referee Michael Alexander to wave the fight off at the AO Arena.

In an explosive opener, Straffon immediately stood and traded, whipping in a succession of hooks from body to head which sent Tennyson toppling backwards to the canvas. Tennyson climbed up unsteadily, but Staffon pounced on him, pumping out punches to force the intervention of referee Alexander. 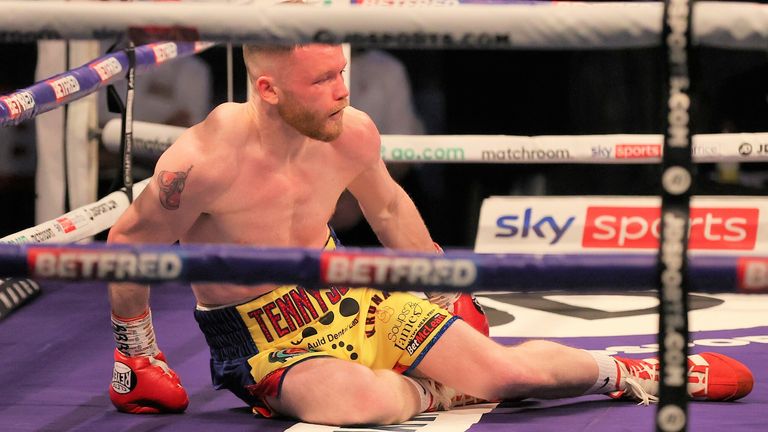 “I was confident that I would do what I just did,” Straffon told Sky Sports Box Office.

“He made plans beforehand, but he had to go through me.”

Earlier in the evening, Scott Fitzgerald ended his lengthy absence from the ring with a third-round stoppage of Gregory Trenel.