No Hollywood ending for this Rocky fairytale… sorry, but expect Canelo Alvarez to win with mid-fight stoppage

Rocky Fielding has big plans for the weekend. After starring in a pre-Christmas spectacular at Madison Square Garden on Saturday night, he will take his family to Disney World on the first flight on Sunday to Florida.

This fairytale will have the perfect ending if he also takes with him in his luggage the extravagant belt he brought with him to New York.

That’s the tricky part. Few outside his inner circle expect Fielding to be in possession of the regular WBA super-middleweight title when he hails his yellow cab to the airport. 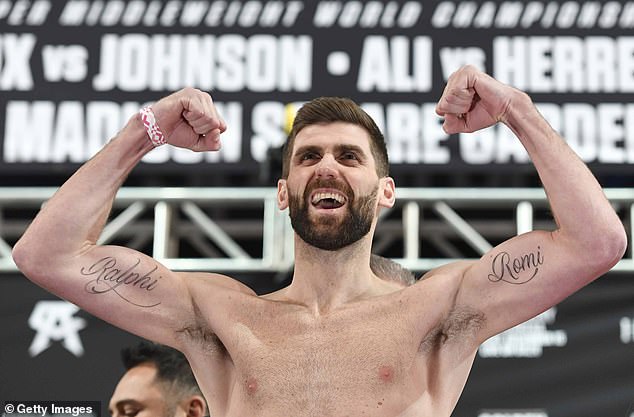 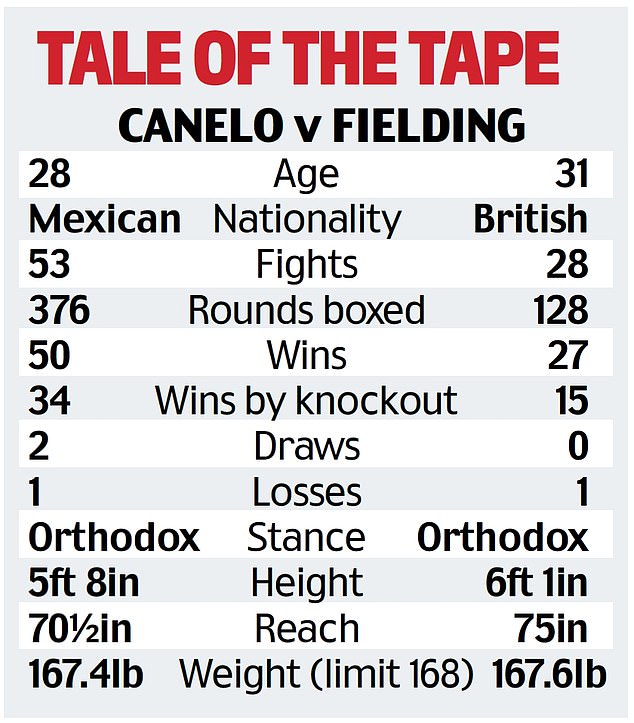 Life really will have to emulate fiction if this brave young fighter by the name of Rocky is to defy huge odds and shock the world.

Victory over Canelo Alvarez would represent one of the major sporting upsets of recent times. The Mexican icon who rules the middleweight division has been backed into 1-16 to fulfil his ambition of joining the elite few of his country’s finest boxers to have held world titles in three weight divisions.

The punters are no more deterred than Canelo himself that he stands virtually half a foot shorter than Fielding, who also carries advantages in reach and natural super-middleweight physique.

The Big Apple, especially this city’s Hispanic community, awaits the felling of Fielding like a rotting tree in their fabled Garden.

To which Liverpool’s real-life Rocky says: ‘Canelo and his team have made a mistake choosing me. I don’t deny his tremendous talent but they haven’t done their homework. 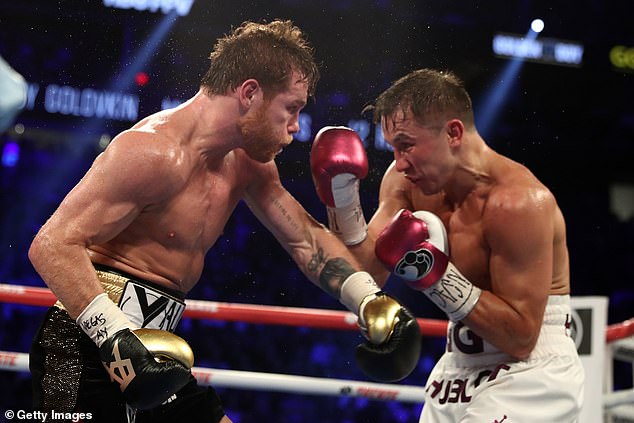 ‘They’ve just looked at Callum Smith knocking me out in the first round three years ago and assumed he can do the same.’

Without that solitary blot on his record, inflicted by his fellow Merseysider who has since gone on to become the WBA super champion in their division, Fielding doubts he would have been offered what he calls ‘this chance of a lifetime’. He says: ‘They’ve fallen into the trap of believing I’m the weakest of the champions at super-middleweight.’

Physically, he and Smith are freakishly tall and strong for this division. When he and Canelo pose together for those stare-down photographs, the 5ft 8in Mexican has to crane his neck to look into Fielding’s eyes.

Canelo airily brushes that off, saying: ‘At my height, I’m often fighting taller opponents. It’s never bothered me before and it doesn’t now. I can make the required adjustments.’

That usually involves dragging the fight into close quarters, where he can apply his thunderous fists to the body, thereby bringing down his rival’s guard and leaving his chin unprotected. 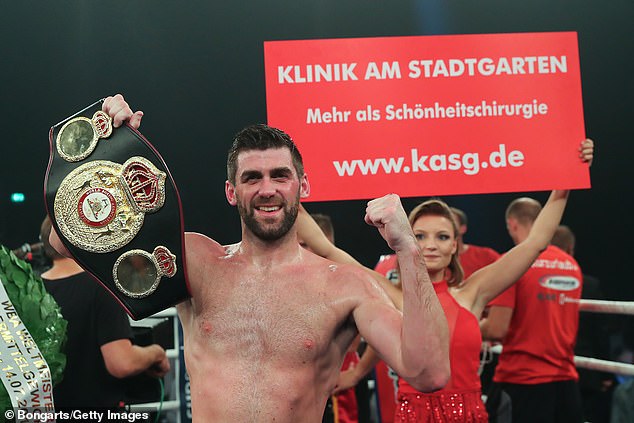 What Fielding is keen to examine is a comparison of their respective hitting power. He says: ‘It looks as if when he comes up in weight it dilutes his punching a little. Also, he is going to find out for the first time what it feels like to take heavy shots from a big super-middleweight.’

Those calculations have cast this as a fight between an Englishman with a puncher’s chance and a Mexican with superior skills. While he does not deny Canelo’s technical brilliance, Fielding says: ‘They’ve also overlooked that I can box a bit, too.’

Canelo, though, brings greater depth of experience. The two fights against Gennady Golovkin alone added a masterclass to his university degree in the noble arts.

And does anybody around these weights really punch harder than Golovkin? Fielding believes so, pointing to his unpredicted fifth-round stoppage of Tyron Zeuge in Germany this summer with which he won his title.

That was an impressive away win but, curiously, neither he nor Canelo have boxed in NYC. 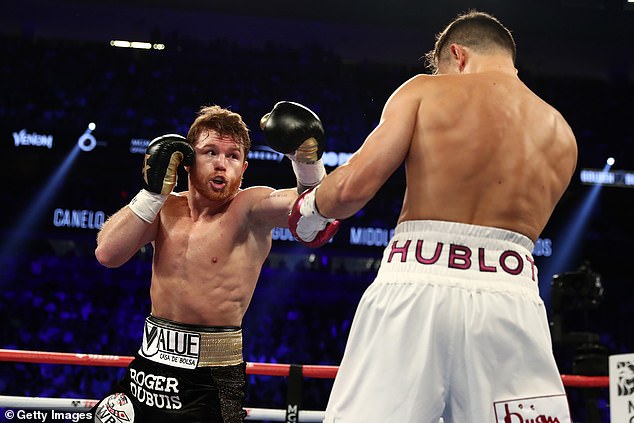 Canelo says: ‘I’m honoured to follow legendary fighters like Muhammad Ali and Joe Frazier into this ring and I hope we can give the fans a great fight.’

Canelo is required to begin justifying his record $365million deal in this first fight of his five-year contract with the DAZN digital streaming network.

Win or lose, Rocky says: ‘This fight has already changed my life before a punch has been thrown. It has put me in the public eye and it will give me the attention I’ve been fighting for all my career.’

The money is life-altering, too. Fielding is receiving his first million-pound-plus purse and as long as he gives a good and brave account of himself, his name will be permanently made. ‘Don’t worry about that,’ he says. 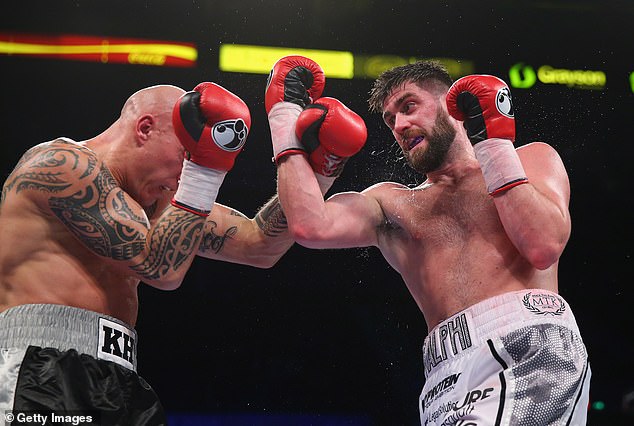 ‘I bring a lot of decent values to the biggest night of my life.’

His wife, children aged two years and 12 weeks respectively and his cancer-survivor mother are here as evidence of that.

Will their fantasy weekend begin in the Garden? Reality, that old enemy of dreams, insists that a stoppage by Canelo in mid-fight will keep that mirage on hold until they reach Uncle Walt’s theme park.