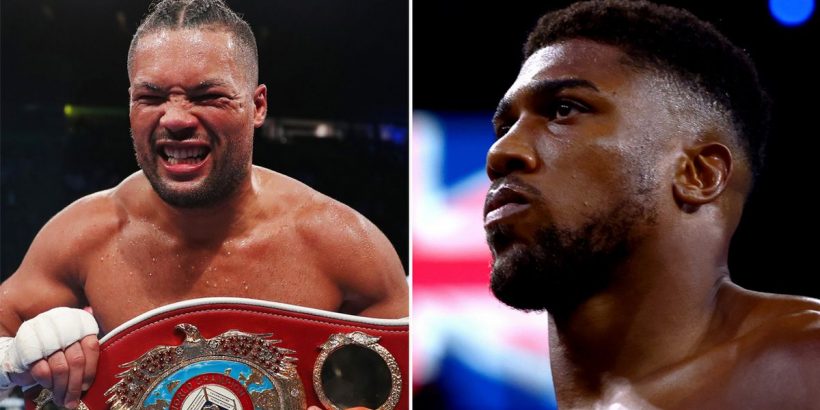 Joe Joyce has named Anthony Joshua on a list of three potential opponents after winning the vacant WBO interim heavyweight title with an impressive victory over Joseph Parker.

The Juggernaut, 37, wants a quick return to the ring as he eyes up his first heavyweight world title – with Tyson Fury currently holding the WBC belt and Oleksandr Usyk the WBA, IBF and WBO bragging rights.

Speaking after his domination of former champion Parker, it was no surprise that Fury and Usyk are on his hit list as he looks ahead to his 16th professional bout.

"The dream next fight would probably be [Oleksandr] Usyk, or [Tyson] Fury, or [Anthony] Joshua," Joyce told The Sun.

"There’s all the top names and they’re obviously great, exciting fights. I’m at the top of the division now in the elite level, so I will fight anyone.”

Adding: "But yeah, the Joshua fight is one that I’d like to do. I’d like to bash him up."

Who out of Joshua, Fury and Usyk does Joyce stand the best chance of beating? Give us your thoughts in the comments section below.

Joyce went on to admit that fights with Usyk and Fury might just have to wait, naming Joshua as his most likely foe despite confusion over a potential showdown for the WBC belt.

Fury has gone back and fourth over whether he will wait for Joshua's team to agree a deal with his own, hinting that he wants a fight with Mahmoud Charr, who is ranked outside the top 50.

In his latest update, the 34-year-old even said that he would be willing to fight two people on the same night, just eight months after announcing his retirement at Wembley.

Speaking on Instagram, he said: "Just been doing a little bit of brainstorming. December 3rd’s coming, Mahmoud Charr’s agreed. Why don’t I fight two people in one night?! Mahmoud Charr and somebody else!

"That would be pretty damn awesome.

"I'd probably be the first WBC heavyweight champion to have two fights in one night and that is a guaranteed fact. What do you think? What we saying?"