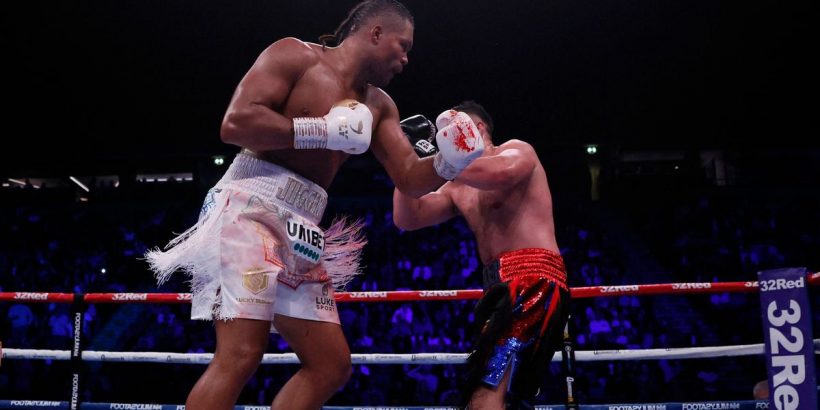 Joseph Parker reunited with Joe Joyce, who showed off a real shiner of an eye following his savage defeat to the Briton.

The two heavyweights put on a show at the AO Arena in Manchester with many pundits being unable to separate the pair. But after the gloves were touched, there was only one winner.

Joyce walked through his opponent throughout the contest before delivering a knockout blow in the 11th round. A stunning left hook landed bang on the Kiwi's chin that sent him tumbling into the ropes.

And that was just one of many punches Parker took as he showed remarkable durability in a real slogger between two heavy hitters, with Joyce showing off his incredible chin as well.

With the dust settled, the two boxers met up and Joyce posted a picture of the duo on his Instagram page. The post read: "Watched the fight back and we definitely, put on a great show! @joeboxerparker will be back. Tough, tough man! Respect always."

In the post, Parker is still recovering from getting beaten up by the Juggernaut, showing off a pulverised face including a swelled-up black eye and a deep cut above his other eye.

Joyce, on the other hand, looked picturesque compared to his opponent – though his left cheek has took some damage. But that is no surprise considering the absolute bombs that were landed on him.

"Joseph Parker… what a fighter and what a fight," the 37-year-old said after the fight on Saturday night. "It was a tough fight and praise to Parker.

"I really enjoyed it and I had to dig deep to get through the rounds. I hit him with everything I've got, I tried it all and he was still coming forward."