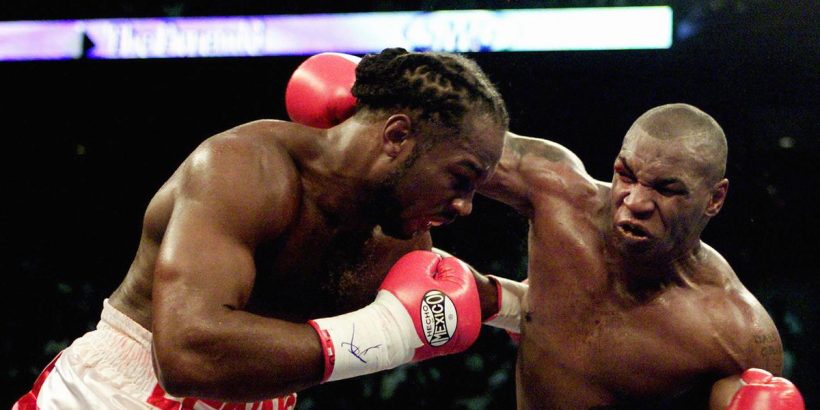 Lennox Lewis has provided a positive update on the prospect of a potential rematch with Mike Tyson after confirming he is in talks with his old rival.

The British heavyweight famously beat Tyson by eighth round knockout in their world title fight back in 2002, and the pair could now be set to face off again almost two decades later.

Tyson completed his return to the ring back in November in an exhibition with Roy Jones Jr which was ruled a draw, though many felt he won the fight with an impressive performance.

Since then Tyson has talked up further potential bouts – namely against Evander Holyfield – but another clash with Lewis would appeal to boxing fans.

Lewis retired from professional boxing following his victory over Vitali Klitschko in 2003, but seems eager to get his gloves back on.

The 55-year-old was commentating for Fox Sports on Andy Ruiz Jr's fight against Chris Arreola on Saturday when he was asked about a prospective bout with Tyson.

This is the second time Lewis has spoken out on the speculation this year, after telling TMZ in March: "If the public wanted it then we would probably talk.

"I don't know. I don't really have nothing pushing me in the ring right now. People would love to see that fight but I don't know."

Holyfield has been busy chasing Tyson to secure their 'trilogy fight' but has switched attentions after failing to reach an agreement.

Instead he will now make his return on June 5 to face Kevin McBride – the last person to face Tyson in the ring in 2006.

But Tyson still has his eyes on more lucrative showdowns.

"I want Holyfield and Lewis this year," Tyson said on his podcast.

He is then reported to have told TMZ just days ago: "I'm going to fight Lennox Lewis…. September!"